It’s been an annual tradition at Sequential State to run a series of articles, microreviews really, that are built around a list of comics that challenged me in that calendar year. This list is a list of books that challenged me as a reader, although the definition of challenge is nebulous, and the only requirement to get on the list is that I had to read the book this year. The list is 4 parts in total; 20 works, 5 works per part, spread over a week and a half.

Nick Gazin over at Vice Comics showed his ass at the end of 2017, and I think in general “Best Comics of 20XX” is a bad place to start a new year of reading.  I generally dislike the idea that any one book can be the consensus pick of any given year when there is so much art being made. I dislike the implied authority critics claim when they make these lists. I haven’t read many of the works that folks are describing as “best,” and likely won’t. That’s the nature of the game, and any critic or list writer that says otherwise is a liar.

Subjective “best of” lists imply a value judgement that is ludicrous. I’m not going to pretend that I’ve read everything and can definitively name the best comics printed in 2017. I think it’s better to celebrate the comics that made me work harder, the comics that opened my eyes, the comics that broadened my definitions, and the comics that showed me the breadth and depth of the artform.

I hope you’ll find this list interesting, and I hope you’ll search out these books and read them yourself. I’d love to hear what you think about them.

What is a Glacier? by Sophie Yanow; published by Retrofit Comics 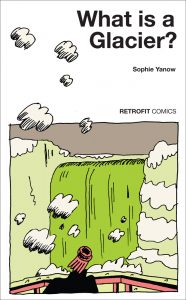 Sophie Yanow’s release from Retrofit this year was precisely the kind of comics I hoped to see from her. Something that strikes both on the political/societal and the emotional. Yanow contemplates her role in the world, the effect her personal travel has on the health of the Earth, and that’s blended into this examination of her grief, and anxiety, and closure. There’s a swirling quality about What is a Glacier, as though you are caught in a whirlpool. The blend of the personal and the global made this autobiographical comic seem more open and more vivid than most. It confronted me in ways I didn’t want to be confronted; this book left me feeling conflicted about my own life and role in the world. In a conflicted year, I treasured that feeling. 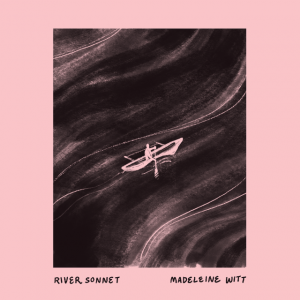 2017 was the year that I started reading poetry again, and Witt’s River Sonnet was a comic that reminded me of the value of blended forms. The gentleness of this comic, it’s quiet insistence, its subtlety, its poignancy, were almost too much to bear. It was quick – a few pages, and then gone. But River Sonnet is the one comic I’ve read in 2017 that I’ve thought about the most, and read the most. The way Witt uses the 2×2 grid, the way the language moves and breathes and complements the beauty of the image she creates – it’s stunning. 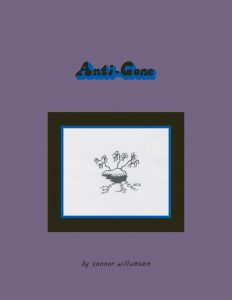 Willumsen explores the dreamlike realm of relationships, the linkages between minds and media. How do we exist, how are we “anti-gone,” how are we ultimately present for one another without flipping through the mental Rolodex for previous scenarios, soundbites, and images to link to our present? In Anti-Gone, Willumsen delivers a picture of a future liminal state between stability and collapse, predicated on global warming and fascist violence. I think “liminal” is the best way to describe Anti-Gone. As the reader, I had the feeling always that things were just about to break, just about to change, just about to… something. Willumsen keeps you on the edge of your seat, constantly linking and delinking scenes, pushing the pieces around like a puzzle, even as you expressly try not to do that very thing, to try to be “anti-gone” in the moment of reading. The linkage between societal violence, media violence, and interpersonal conflict in this comic was remarkable. But in addition to deft world-building and imaginative writing, Anti-Gone is likely one of the strongest long-form formalist comics published this year. Willumsen’s pages made me gasp, and flinch, and read and re-read, and re-read. 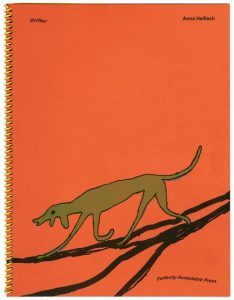 Drifter is this massive print object, this strange bookshelf busting thing, spiral bound, demanding to take up space and make you confront it on its own terms. It starts with a mid-sex breakup, and moves from there, with large print-like images with poetic text overlaid. As an art object, it immediately took me by force. But for being such a short (if tall) book, Drifter was also one of the most emotionally resonant. For me, Drifter was a perfect image of a generational depression and listlessness that I feel very keenly. Drifter felt especially true to life over the passage of the last year. Haifisch is a master cartoonist; this is my favorite work of hers yet. 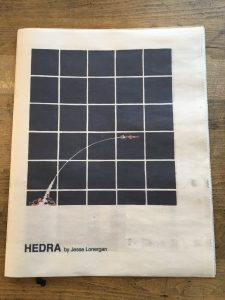 Part 2 will go up on Wednesday – Happy New Year!

If you liked the first part of this 2017 retrospective, or any of the writing I do at Sequential State, please become a patreon subscriber, which gives you access to a ton of great stuff. Thanks!