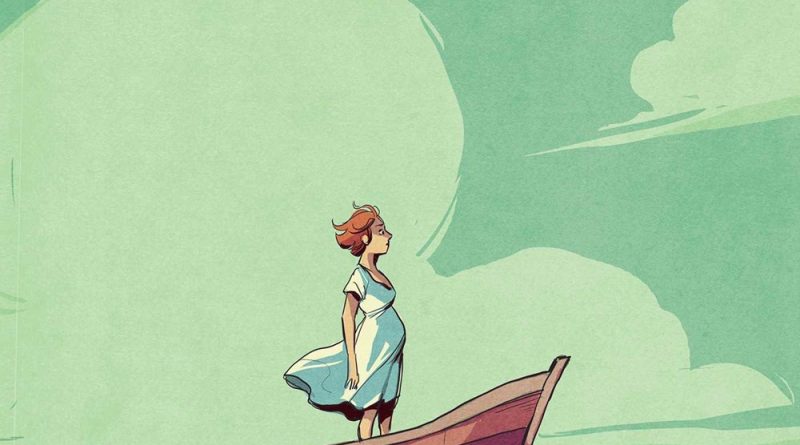 It seems that there’s been an uptick in comics about the intimate period between conception and birth. Waves by Ingrid Chabbert and Carole Maurel is another of these, originally published as Écumes by Steinkis Editions in 2017. Archaia, the Boom! Studios imprint, published the English edition in May this year. The story this time around is of a young lesbian couple attempting to conceive a child. After a difficult conception period, the two finally get the good news that the main character is pregnant; this moment of elation soon turns to crisis as complications lead to bedrest and ultimately the death of the fetus.

This is writer Ingrid Chabbert’s first comic to be published in English, but Chabbert is an accomplished author of children’s books in France, and that experience shows. Waves is compact, clocking in at a mere 86 pages, but each page carries a significant heft. There’s a strength to the writing in that much of what is transmitted to the reader is the thing that is left unsaid – the sadness and mourning of a lost child are clearly on display, but the self-loathing, the anger, the feeling of betrayal are all left for the reader to intuit.

Chabbert’s writing would not be so nearly impactful if not for Carole Maurel’s expert illustration. Maurel’s line is thick and renders the characters with just the right amount of expression. Despite the thick line, there’s a delicacy to this comic, and it feels like the push and pull between writer and illustrator lies in not getting things done, but getting them right.

Maurel’s coloring is also worth noting, because it drives much of the comic’s emotional delivery in the second half of the book. Maurel uses a dusty coloring scheme that favors a warm palette; oranges, greens, browns, and yellows make up the majority of each page up until the moment when the main character wakes up from surgery only to find out that they weren’t able to save her son. After that moment, Maurel changes the color scheme to greyscale, showing the way that the loss has affected the main character. The only time color comes fully back is during her dreams, but Maurel shows the recovery of the main character by adding in small colors over time to things that bring her joy.

So, Waves is just as much the story of a complicated pregnancy and the death of a child as it is the recovery of a broken home. There’s a linkage in this book between losing what you could have had and losing what you currently have that remains lurking in my mind as I think about the story. The main character loses herself and only through art and the love of her partner can she find herself again.

Readers eventually learn that this is Ingrid Chabbert’s story, and that Waves is heavily influenced by her personal experience. The main character decides to become a children’s author, and writes stories in the journals her wife buys her. These stories eventually become a book, and that book is eventually published. What is autobiographical and what is fictionalized is left intentionally vague, but it seems as though Chabbert is laying everything bare in this comic in a way that few creators do. Writing this story had to be incredibly difficult. That she worked with Carole Maurel to bring her story to life is fortunate, because Maurel’s cartooning is the perfect match for this story. 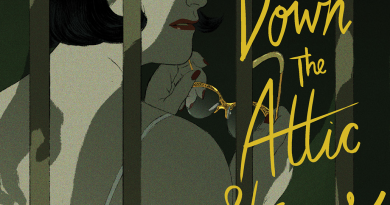