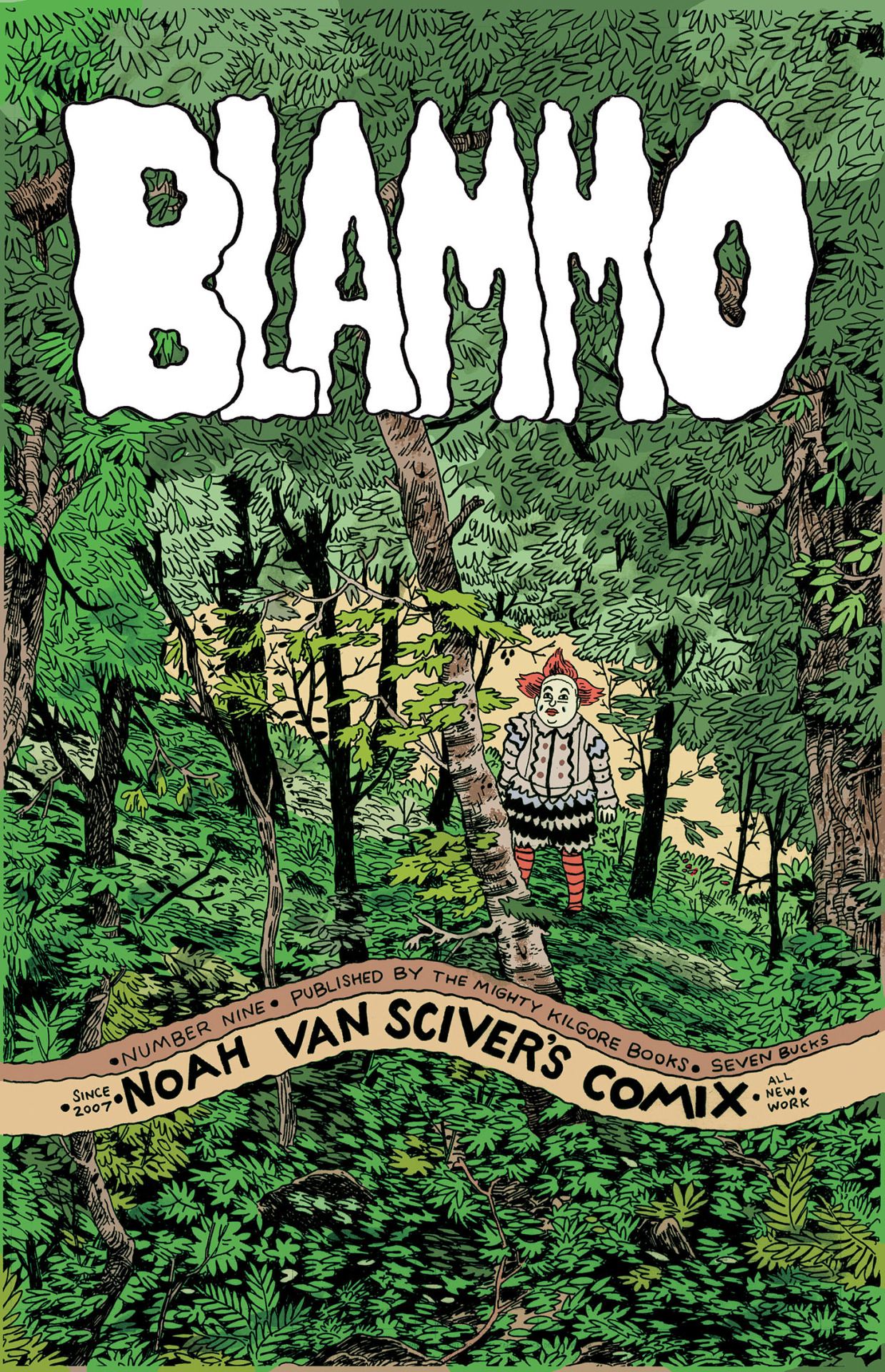 I’ve been reviewing Van Sciver’s work for a while now. His “A Lizard Laughed,” now collected in Disquiet, was one of my first reviews published on this platform. I’ve been following Van Sciver’s comics very closely since 2013, and one of the great joys of being a “long-time” reader is to see an artist advance. It’s my not-so-humble opinion that Van Sciver is one of comics’ best short story writers, and Blammo #9, recently published by Kilgore Books, is a clear advancement of his ability in that form.

The third piece, the heart of the book, is the magnificent, “Little Bomber’s Summer Period,” which is likely Van Sciver’s strongest short story to date. In it, two coworkers at an unnamed art museum find themselves drawn together as their relationships change. “Bomber” is a security guard who works through a broken relationship through free therapy and by painting imitations of the art of a fictional artist James Markinson, whose “Summer Period” work is on display at the museum. Jenny, an overworked designer for the museum, sees her long-time relationship fall apart due to her boyfriend’s cheating. Trust, the central concern of “Little Bomber’s Summer Period,” is a smartly woven theme throughout the story, culminating in a strange ending that both addresses the idea of trust, contorts what we understand of what has come before, and which feels like something only Van Sciver would come up with.

Along with these larger comics, Blammo #9 has plenty of connective tissue in the form of one and two page comics. The issue is bookended by darkly funny “Writer and the Artist” as well as “Notable and Tasteful 19th Century Cartoonist.” Van Sciver also takes a few pages in the middle to illustrate the Aesop’s Fable “Town Mouse and Country Mouse.”

Blammo #9 is worth the price of admission for “Little Bomber’s Summer Period” alone, but I think most readers will find something to enjoy in the latest edition of Van Sciver’s one-man anthology. Recommended.