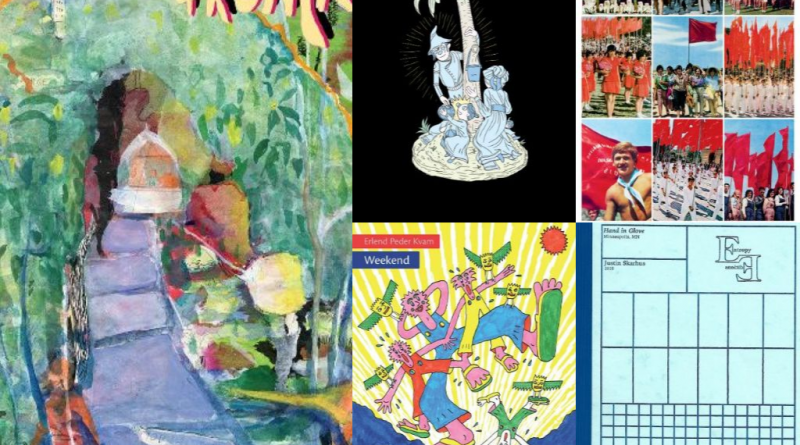 Welcome back, dear reader! Hopefully you’ve had a good weekend and are ready to jump back into the Comics that Challenged Me in 2018 – if this is your first look at my annual year-end wrap up, please head back over to parts 1 and 2 to check the first 10 entries in the list. We wrap up the full list this week!

Eternal Friendship is a lot of things for me, personally. It’s a book I originally found on LitHub, a book that was marketed so as to avoid showing its true nature, and it was a complex read about the relationships of two people and two states. It’s also the first book I reviewed for The Comics Journal. That transition this year to accepting more paid work was an unexpected challenge. But I also think that Eternal Friendship is a fascinating read that demands a lot from its reader.

Skarhus is one of the folks behind 2dcloud, and 2018 was the start of his new publishing project Entropy Editions. Hand in Glove was the first comic from that project, and although it only lasts for a scant 8 pages, it’s a real zinger. Skarhus plays with motion and repetition, and the comic has a sense of inevitability that is oppressive and frightening. Gloves stack up endlessly on the floor of panel after panel in the first pages, a tangle of fingers that look like a writhing mess of worms. It’s an image that won’t leave my head, and has me thinking about the nature of art comics as we enter 2019.

I’ve been raving about Mother’s Walk for a while now – I’ve reviewed it, I’ve recommended it all over the internet, and I’m putting it on this list. There’s a lot to think about with this book, the way Weinstein uses color, the way she represents contraction, the way memory and death are entangled with life. This comic made my Comics That Challenged Me list for these reasons, but also because of the way it made me think about the nature of giving birth in the United States, and how that is different depending on the color of your skin. This comic was eye opening this year, masterfully created, and brought me to tears. If you haven’t read it already, go get yourself a copy.

One of the Fall 2018 batch of mini-kus! Comics that were released this year, Weekend is an unhinged, trippy view of a factory boss’ leisurely weekend watching his kids, critiquing their art projects, and cutting peoples fingers off… yes, really. The comics of Erlend Peder Kvam come from the same the vein as work by Marc Bell, which is to say, surreal humor. This is one of the few comics I read this year that made me immediately want to find out more about the artist. What is this guy’s deal? The book is funny in a sort of what the fuck kind of way, but it is funny, and more than that, deeply strange. An excellent discovery amidst some excellent minis from kus this year.

Five more entries and the list is done! See you on Wednesday! 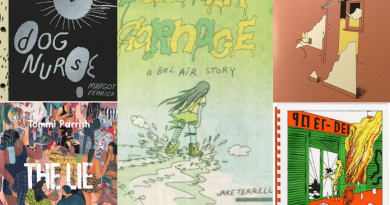