I’m not planning to do reviews of Big 2 comics very often, but because a really good friend of mine often loans me older comics, I’m reading Big 2 content from time to time.

The 2005-2006 run of Young Avengers occurs somewhere in the Marvel continuity where the Avengers have disbanded after killing many Avengers in something of a freak accident. A group of teenagers with similar powers steps in to fill the shoes of the Avengers to fight time traveler Kang the Conqueror. In addition to the bad guys, the teenagers also have to deal with upset parents and members of the Avengers team.

Based on my conversations I’ve had with the friend who lent me these books, Young Avengers was something of a breakout hit in 2005-2006. It did a lot of fresh things at the time, including having a believable gay couple who were treated as normal people by the rest of the team.

But the books nagged at me as I was reading them, and I felt like something was always a bit off. It wasn’t until book #7-8 that I figured out what was going on. The book, despite its diverse cast, has some problematic subtext.

It’s clear that Young Avengers of 2005-2006 is very much a white man’s book… that should not be surprising, but it was disappointing. The team leader, that African American teen, takes the majority of the abuse. In the first books, he is suspicious and bitter about the addition of a woman, Hawkeye, to their team. While he finally is won over when she saves his life a few times, we then go on to find out that he has been lying to his friends and team the entire time: he’s been using drugs to obtain his strength and healing powers.

Let that sink in… the black character in the book is a sexist drug addict who can only hang out with white people when he’s on drugs.

The issues don’t really stop there, unfortunately. One of the things that I think can be difficult with these 32 page action-o-rama team-based books is that there isn’t a lot of space for character building. This is most evident in the relationship between Iron Lad and Stature; Stature, one of the cute female leads, basically throws herself at the only straight white guy at first opportunity in a completely unrealistic way.

I have to continue to remind myself that these comics are nearly 10 years old, but that doesn’t excuse the lazy writing. Despite some of the good things the run does, I still think that Young Avengers 2005-2006 is really indicative of the Big 2 as a whole, in the sense that it’s white books for white guys.

In my eyes, superhero comics aren’t just a straight white guy escapist power fantasy. There are really great things that you can do with the genre, and it’s obvious that people outside of the Big 2 core audience love superheroes. Things are changing, and I think that’s a good thing – Ms. Marvel is a pretty popular book right now, and I really loved issue #1. There’s a Batgirl redesign floating around the web that looks fresh, realistic, and not all spandex and boob windows.

Realistically, the only way to reach those people who like superheroes and don’t read comics are to stop writing books like Young Avengers 05-06 and consistently invite and engage with non-white, non-male audiences. Which means good characters and strong, nuanced writing that doesn’t pander to a particular age, race, gender identity, and sexual orientation.

I’ve also been lent the latest run of Young Avengers from the Marvel Now! line, and I’ve been told this set of books is more my speed. We’ll see how it goes. 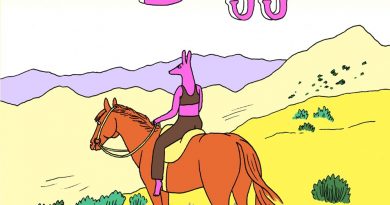