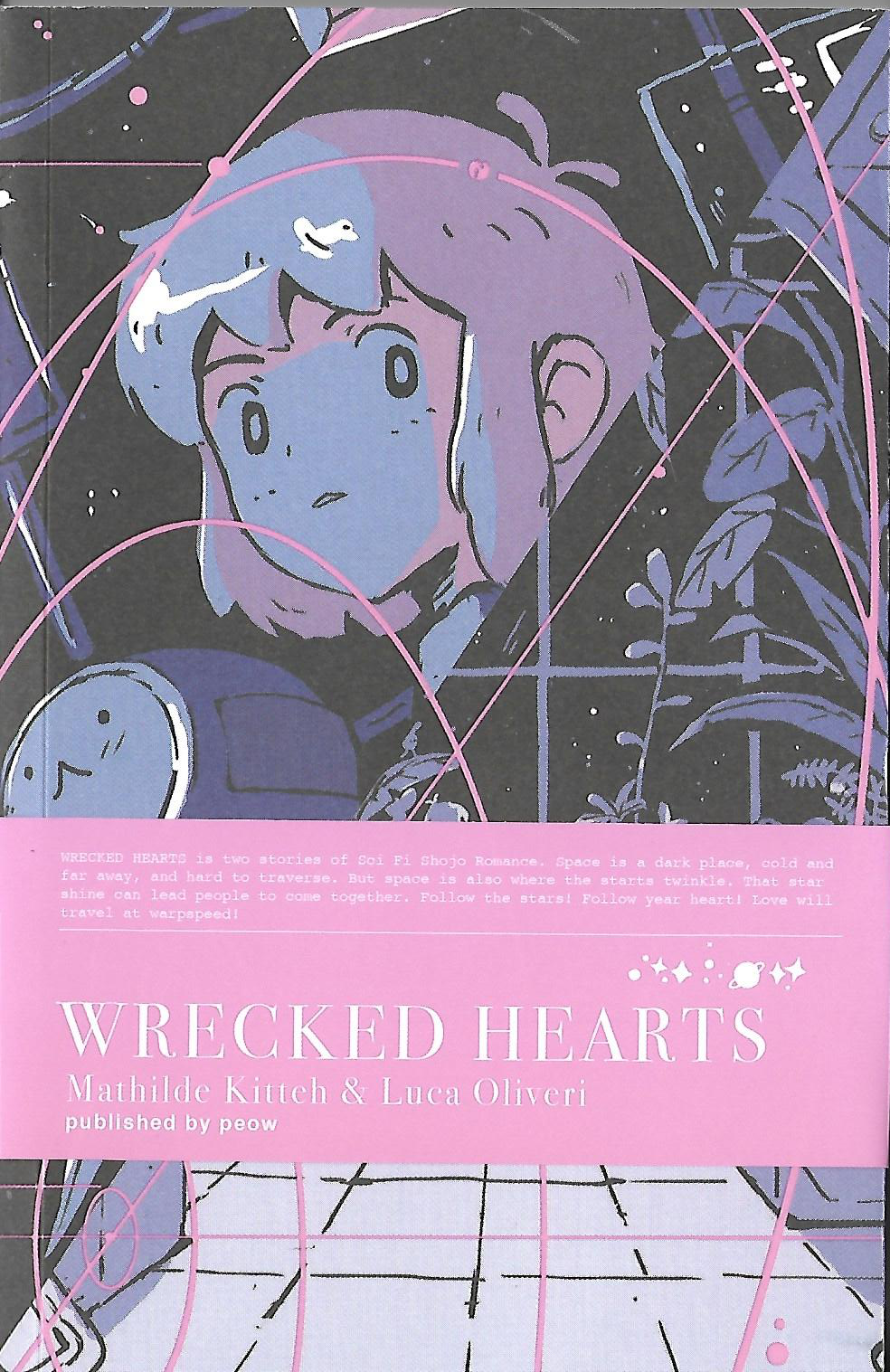 It’s become obvious that the demarcating lines between different comics traditions are blurry. It’s been that way for a while, but we are starting to see more interaction between the North American/European comics scene and the Japanese manga scene. More and more cartoonists who were introduced to manga and anime at a young age are now working on their own manga-influenced comics.  The Attack on Titan Anthology, which I’m hoping to review shortly, is a blatant example, but another less prominent is Wrecked Hearts, a 2-person science fiction “shojo” anthology from PEOW Press. Wrecked Hearts is one of the titles that was part of their 2015 Kickstarter, and was printed in time for TCAF this year.

The book collects two stories, “Real Thing” and “Dark Energy,” each written by one of the authors of the book. It’s hard to know how collaborative these comics are, but Mathilde Kitteh’s “Dark Energy” takes up most the collection. The story is in black and white (although the black tone is more of a mauve), and is about a semi-android robot journalist named Mikael travelling to interview the owner of the only greenhouse ship in a large galaxy. Luca Oliveri’s comic, “Real Thing,” is a full color story about a teenaged alien girl named Fio who transforms into a missing classmate to get close to her crush at a school fieldtrip.

Both stories are cute, but are more Ghiblian than traditional modern shojo. The plots tend to be a little more complex, and the art doesn’t use many of the traditional screentones, flowers, and sparkles of traditional shojo. Both comics in Wrecked Hearts avoid common shojo tropes and play with the idea of transformation in a fun way. Kitteh’s story, likely due to its longer page count, develops a bit better and feels a little stronger comparatively. Oftentimes the romance of shojo manga is overwhelming (in a good way) because relationships can bloom and grow, and that didn’t happen here. Oliveri’s story was fine but could have used some more polish.

Perhaps one of the major things missing from Wrecked Hearts is the slow burn of serialized manga – these comics are nice in their own right, but don’t have the space or the time to build that same type of emotional tension.

PEOW! does a good job with the book design for their projects. There’s some slick spot gloss in fluorescent pink on the cover, and the paper quality is quite nice. (note – my scanner doesn’t pick up the extremely bright fluorescent pink of the ribbon wrap dust jacket and orbital patterns or the spot gloss on the front cover. Please take my word when I say that it’s a lovely bit of printing) Still, the colors for Oliveri’s comic are sloppy and there are some proof-reading errors throughout. It feels like the book could have used another once over by a copy editor.

Overall I liked this collection, and if there was a volume 2, I’m certain I’d get it. The stories were good enough to read more. That said, the collection was a bit lopsided, and while it was cute, Wrecked Hearts didn’t shine like I hoped it would.

PEOW! Studio is a publisher of comics based in Stockholm, Sweden. Their latest offerings can be purchased from their website or from their USA distributor, Retrofit Comics @retrofitcomics. 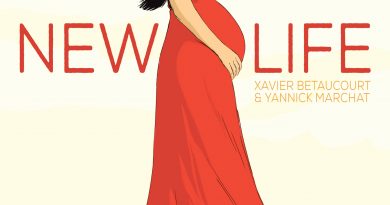