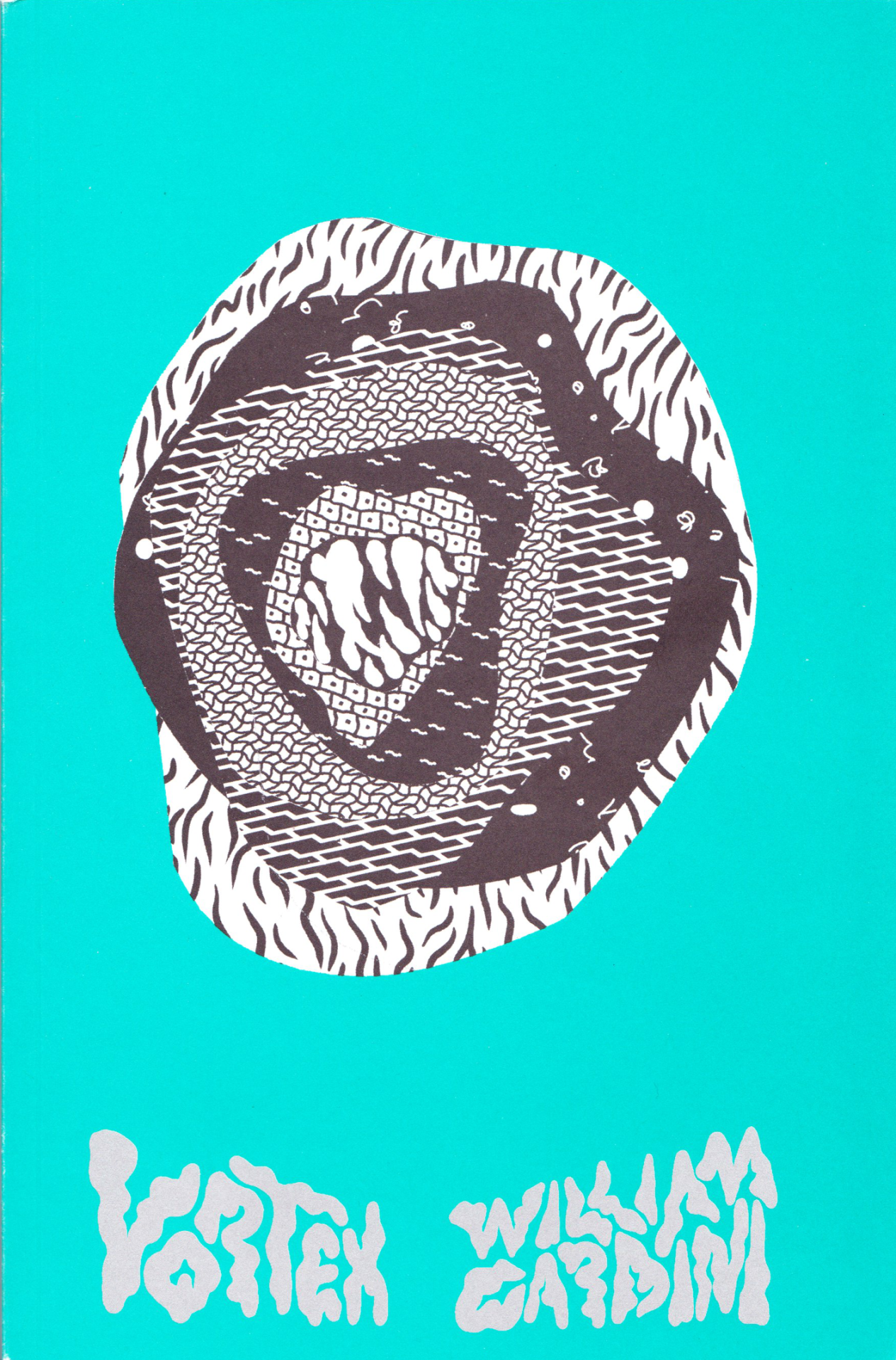 I’m still working through a giant stack of 2014 books – themore I get through, the more I realize how far behind I am. The good news is that there are plenty of good 2014 comics I haven’t gotten to yet and one I recently read is still stuck in my craw. Part of Sparkplug Books 2014 slate and published with the help of a small Kickstarter campaign, Vortex is a collection of William Cardini’s four self-published minis which were released between 2011 and 2013.

Vortex features an ancient and powerful sorcerer, MIIZZZARD, a hyperspace wizard who travels to a strange planet to investigate an anomaly in hyperradiation. Trapped on the planet by a regenerating species of monster called the Vortex, the MIIZZZ ends up helping them free themselves from a greater evil, going through illusion and intense trial to come to a fiery conclusion.

Cardini’s art is the main reason you buy this book. The art is a gorgeous mix of wobbly, melty shapes and thick line, combined with chunky textures and patterns. The book is black and white, so Cardini is using these textures like flat colors, and their combination with the organic shapes of Vortex’s characters makes each page unique and worth poring over.

But also importantly, Cardini builds up a world in Vortex. There are hypercastles and ancient military technologies, weaponized alien warriors, mind control, and internalized subrealities. Cardini is playing fast and loose with tropes of speculative fiction and while Vortex has the logic and continuity of a fever dream, it’s there. When distilled down, the plot is something of a standard heroic journey, but it’s the in-between that is worth paying attention to – and to be fair, for Vortex, the plot is the vehicle for the art, not the other way around.

In a way, Vortex’s best comparison is shonen battle manga, specifically Dragon Ball and Dragon Ball Z, where super-powered heroes battle super-powered enemies, who later become friends to fight greater enemies. There is death and revival, always advancing the plot; a secret move that can only be used in times of great need. There is a juvenileness and a joy about it, qualities that are the essence of shonen battle manga. These things jump out at me from Vortex, despite its psychedelic trappings. But the abstraction of art, Cardini’s use of texture, and the loose structure of this comic make it a refreshing read.

William Cardini is a cartoonist and illustrator. You can find more of his work at hypercastle and at his website.

Sparkplug Books sparkplugbooks is an small press and distro based out of Portland. You can see more comics and buy books at their website. 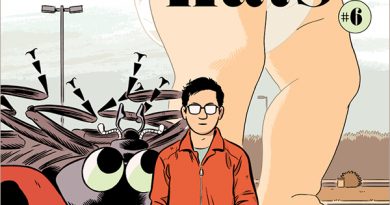 One thought on “Review: Vortex by William Cardini”