One of 2015’s bigger graphic novel releases was Derf Backderf’s Trashed, an ode to the work of being a trash collector. This thick graphic novel tells the story of a college drop-out trying to figure out what to do with his life after leaving school, and ends up on the back of a garbage truck for a rural town, likely in the Heartland.

Backderf’s characteristic elongated characters and dark line are in full force in Trashed, likely more noticeable here because of the higher density of characters than in his other recent book My Friend Dahmer. The art is appealing, in a dense, crumby sort of way, and while the emotional range of Trashed isn’t very wide, Backderf’s characters feel real and weird, likely due to the autobiographical elements of the storytelling.

Speaking of autobio, Backderf’s new book isn’t autobiography, it is heavily influenced by his time as a garbage collector in the 70s-80s. And that influence seems to show in one of the stranger details of the plot, where one of the main characters runs off, leaving the Backderf-stand in stranded in an empty apartment with 4 months of unpaid rent. This throws a wrench in an otherwise slow-moving narrative full of diaper bombs and destruction of private property; Backderf hasn’t done the requisite pre-work to make this event believable, and doesn’t handle the aftermath in any truly substantive way.

Part of Backderf’s goal in this book is to give us a history of trash collection and its evolution into the multimillion dollar industry it has become. Backderf also spends a lot of time rallying against modern concepts like planned obsolescence as part of a political stance that supports an anorexia of possession. In some ways Trashed is reminiscent of Darryl Cunningham’s The Age of Selfishness, which, despite having a different angle (Trashed is nominally fiction, and The Age of Selfishness is a nonfiction work), reads similarly. The end result is a book that jadedly pokes at consumerist behavior without giving that argument a leg to stand on.

I’m always up to read a new Backderf book, but this time around, his new work falls flat. Trashed is more interested in garbage dump facts than it is character development and story arcs, and because of that it suffers as a work of fiction. While the gross-out humor and Derf’s cartooning will appeal to some, they’re not enough of a bandaid for Trashed’s flailing, toothless narrative. 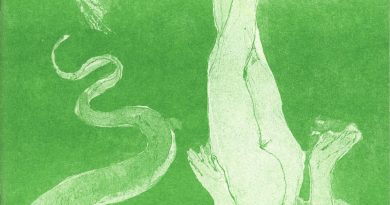