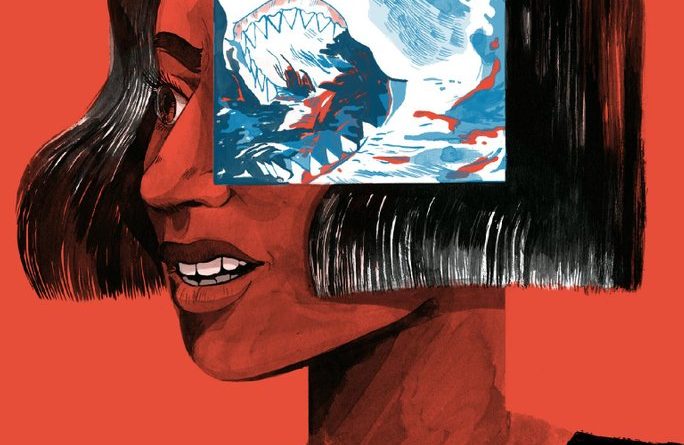 Molly Mendoza is a real talent. Her illustration work has a divine sense of color and grandeur, and The Worst from Short Box falls comfortably in that same scope. One look at the striking cover of The Worst, a deep block of blood red with a superimposed panel of a shark right before it bites down, tells you plenty about the contents of the book; yes the book is about young women and water, but more importantly, it shows you Mendoza’s eye for color and a formal experimentation that predominates through the story.

The Worst is a 40 page perfect bound zine, printed in full color and using a selection of blues and reds in a limited palette. Focused on two girls on a high-school swim team, The Worst shows the social pressures of that environment and the toxicity of clique behavior as a friendship goes south. The Worst tells its story in a mix of hearsay conversation between two girls on the team and scenes where we directly visualize the drama. The main characters, Sam and Jen, stand off from the crowd, but as Jen starts to interact more with the in-crowd, her relationship with Sam starts to fray.

Mendoza pairs all of this relational drama with fantastic art, and uses a visual metaphor of fish and sharks to hint at the background emotion and tension throughout the book. I was impressed with the transition of Jen’s background fish into a raging shark, a particularly smart and powerful metaphor for her anger and viciousness. To see that shark bound up in a fishing net at the end of the book emphasized the book’s messy ending perfectly. The color pallet is also refreshing – stunning blues and reds contrast wonderfully throughout the book and give it a depth and visual impact that is undeniable.

I think the key to The Worst and its success is how well Mendoza characterizes the high school experience. Being a teenager is messy and it’s difficult, and The Worst doesn’t sugarcoat that or make it better than it seems. We see this in the relationships on the page, sure. But honestly the whole character dynamic is unhealthy, whether it’s the over reliance of Sam and Jen on one another, or the nasty in-group/out-group dynamics of the team. Mendoza’s opaque writing does nothing to give finality or resolution to the work. Unlike similar stories where everyone makes up in the end or life gets better, Mendoza’s vision of high school drama is more closely aligned with the real world – the toxicity stays, the relationships are destroyed, but these people are still around each other, still interacting with each other, and the trauma of that is going to bleed into their lives from this point forward.

Pair this messy, real-world storytelling with some spectacular visuals, and you’ve got a great comic. The Worst is an absolute must read. 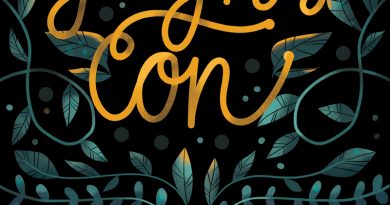