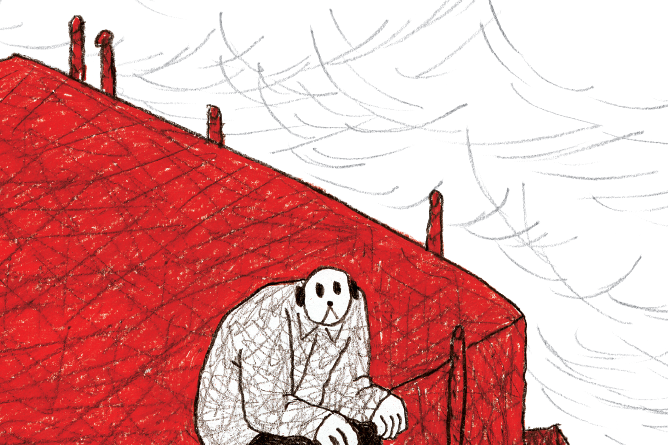 There are some books that demand attention – not because they are flashy, or because they are written by a well-known author, but because they describe perfectly the current moment in time. The Strange by Jérôme Ruillier is that kind of book. In The Strange, Ruillier documents the story of an unnamed undocumented immigrant and his journey to try and make a better life for his family.

Immigration is a subject of debate across the globe, centered around in-groups, nationalism, and fear of the other. Ruillier captures the intensity of that debate by framing his comics from the perspective of the people around the main character. As part of an immigrant class in an unnamed Western nation called The Strange, he is trying to find a place to stay and make money so that he can bring his family out of their current conditions as well. But instead of hearing his story directly from his own mouth, we see the perspectives of the neighbors, aid workers, volunteers, bosses, and bureaucrats who interact with him. Many are racists looking to have him deported, others are trying to hide, protect, or feed him.  Importantly, the lack of a dominant first-person perspective allows Ruillier to address the systemic nature of the immigration crisis and how politicians disparaging of the humanity of others can create massive suffering. Ruillier addresses fascist policy like deportation quotas, which brings to memory the setup of ICE in the United States.

There is a simplicity and an overwhelming beauty to Ruillier’s illustration throughout the book. Using block colors in shades of red, yellow, orange, and green, Ruillier’s colored pencil work is both expressive and minimalist. In that minimalism and in Ruillier’s anthropomorphic characters, there’s an implied childlike hope. Hope for a new life, hope for a better life. Hope is the buoying force that keeps The Strange moving. But as we see throughout the comic, that hope is fragile. All it takes is a bitter racist’s self-justification to throw a fragile peace off balance and into the abyss.

The heroes of The Strange are a selection of immigrants-rights activists and workers, but they don’t necessarily do anything heroic. They are ordinary people, making ordinary decisions, living ordinary lives. But in recognizing the main character’s humanity and by honoring it, they protect him as best they can from the horrors of those who would rather pretend he wasn’t human at all.

We learn in an afterward that Ruillier used real world stories to create this fictional narrative. Blending these stories together gives The Strange a universal nature, and calls to focus the deeply disturbing systems that all immigrants face in this world. That universal nature is solidified with Ruillier’s art. The choice to use anthropomorphic characters allows Ruillier to hone in on his character’s humanity by abstracting the differences between people. The story you read in The Strange wouldn’t seem out of place in an NPR feature on European immigration. And yes, The Strange has a European focus, but you could just as easily see the family separation and border atrocities in the United States in this book.

And that’s what I keep coming back to. As I type this review of a graphic novel called The Strange, children are being ripped out of their mothers arms, their fathers arms, while their parents are arrested and held in immigration prison. They may not see their parents for a month or longer. They will be kept in repurposed Wal-Marts, in children’s internment camps. In The Strange, it is the immigrant who is called the pest, made the stranger, implied to be evil. The truth, as Ruillier reminds us, is much different.

A copy of The Strange was provided by its publisher, Drawn and Quarterly, to facilitate this review. 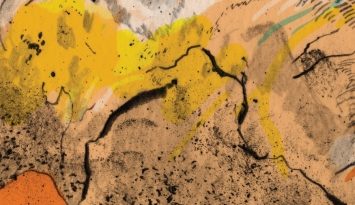 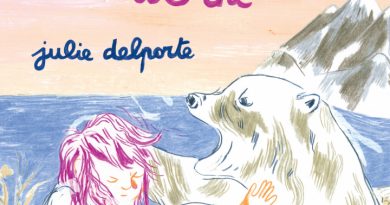 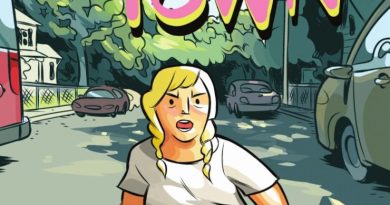