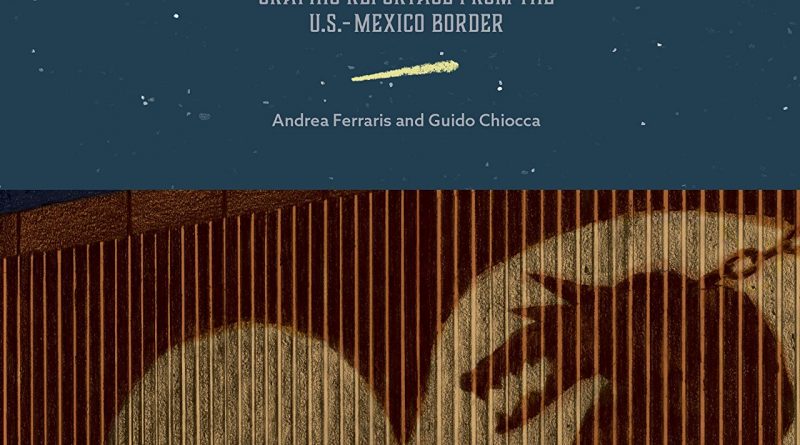 Andrea Ferraris’ recent collection of graphic reportage, The Scar: Graphic Reportage From The U.S.-Mexico Border, starts with an image of a wave, luxuriously illustrated with graphite. Throughout the book, that wave crashes into the dry sandy earth of the region, a metaphor for the current humanitarian crisis at the border (a crisis seemingly manufactured for political gains and with horrendous consequences). Ferraris’ image of migration as a natural force is an apt one; migration has been a constant part of the human condition, and the concept of impermeable, inviolable borders of nation-states is relatively new, all things considered. The “border crisis” at the U.S.-Mexico border is perilous too from a historical perspective; native Texans and Mexican-Americans were disenfranchised and driven off their land starting as early as the 1830s. There’s a saying among the people of the region: “We didn’t cross the border, the border crossed us.” Ferraris’ comics attempt to put these sentiments and recent events into context.

The Scar: Graphic Reportage From The U.S.-Mexico Border is a compact book and is comprised of two major stories collected by Fantagraphics as part of their Fantagraphics Underground imprint. The first is a telling of the murder of José Antonio Elena Rodríguez by a border agent in 2012, who shot through the iron bar border wall after having rocks thrown at him by men sitting atop the border fence. José Antonio Elena Rodríguez was walking home from playing basketball. Andrea Ferraris’ illustration captures the senselessness of the murder, the waning light of day, and the vicious anger of Elena Rodríguez’s murderer. The boy was shot over 10 times, mostly while he was laying motionless on the ground. Whether or not he was throwing rocks is contested by testimony and video, but inconsequential. The reportage also captures some personal aspects to the case; Elena Rodríguez’s nickname, the sign with an image of his face that stands at the border. What it doesn’t cover is the aftermath: in 2018, his murder trial was declared a mistrial.The pain and anger that his murderer was able to walk free still reverberates in migrant communities today.

The second part of The Scar: Graphic Reportage From The U.S.-Mexico Border is a more positive story about a group of aid workers who take food and water out into the desert and leave it in spots in the desert that are on the path where migrants will be able to find it. This story is brighter, less concerned with creating a specific scene than a patchwork of individual images. The second report tells a tale not just of an aid mission and a goal to save lives at the border, but of individual people, survivors and volunteers alike. It’s a reminder that even in the most inhumane environments, there are people who are there to help one another.

It’s important to note that Andrea Ferraris and Renato Chiocca’s reporting here does have a bias towards the people crossing the border and not the border agents that pursue them. The book is entitled The Scar after all. But in a political environment where the predominant form of information moving through the media about the border is an angry Twitter screed by a senile racist, going to the source and interviewing the people directly affected by the punishing crossing journey is a breath of fresh air. Not that the information that The Scar is transmitting is particularly refreshing; I found Ferraris and Chiocca’s work heavy and hard to bear. Ferraris’ cartooning is particularly potent for this kind of work; graphite worked into smokey, dense layers fill the page and give the comics an uneasiness that’s hard to ignore.

As the book ends, we see the waters from Ferraris’ wave recede and the detritus of the passage of migrants washed back up against the desert ground. Another wave will come and crash against that place. Ferraris and Chiocca’s reporting reminds readers that those waves are not just numbers, not “illegal aliens,” but people. It’s a potent metaphor, in a book that’s worth your time. 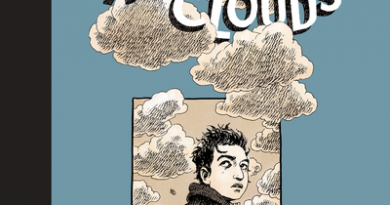 One thought on “Review: The Scar: Graphic Reportage From The U.S.-Mexico Border by Andrea Ferraris and Renato Chiocca”