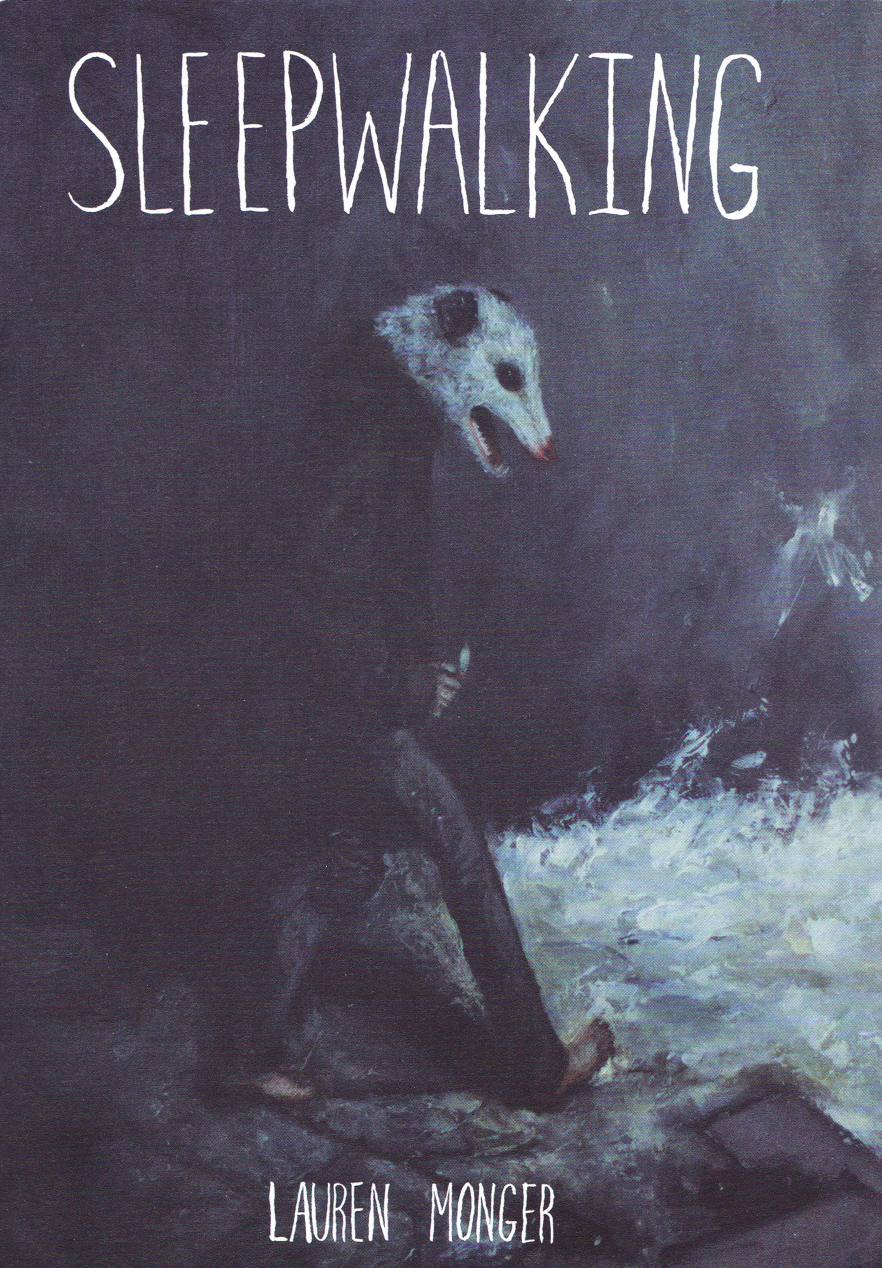 Lauren Monger’s comics are fairly popular on the World Wide Web, and this spring Monger released a full comic in print with Space Face Books, Sleepwalking. (Update: This comic has been reprinted by Silver Sprocket in 2019, since Space Face Books is no longer publishing comics) One of my must-grabs this TCAF, Sleepwalking is 32 pages of water color comics with a full color cover about a group of anthropomorphic punk animal friends as they go to a music festival and then to a house party. The group deals with a drunken friend and some shitty bands as they try to have a good time.

I think it’s important to note the strength of Monger’s writing in Sleepwalking. Monger has a way with natural, lived-in dialogue. Sarcasm between characters, which is often hard to effectively write into comics, is very prevalent here, and it feels completely natural. Not only does the character discussion sound natural, it’s also pretty damn funny. There’s a nice balance of quips and burns as the characters bounce off of each other and interact.

Despite the great dialogue, some of the characters are illustrated in a very stiff, almost taxidermied way.  This is not necessarily the case with Monger’s main character, Clementine, who has very readable body language and facial expressions, but some of the animals with darker face markings look like mounted animal heads throughout. Monger is using a dark palette in this book, a feat that seems tricky to pull off given the media used – most dark and black watercolors look muddy, but the comic as it stands is quite crisp looking. Monger’s posing, variable character height, and posture, all make Sleepwalking seem real to life.

In Sleepwalking, Monger creates a cast of scruffy jerks, but it’s important that these characters are all very likable. Each of them may have their faults; Douglas, the sloppy drunk squirrel, can’t keep his shit together at a house party when he sees his ex-girlfriend is also in attendance. But as a reader I couldn’t help but feel sorry for Douglas while simultaneously wanting to throw him out the front door. And I think this speaks volumes as to the skill in storytelling on display in Sleepwalking – there are plenty of listless, directionless 20-something narratives, but Monger’s specifically is personal and fun. As it is, Sleepwalking is a good introduction to Monger’s Terrible Terrible Terrible comics, and hopefully a sign of things to come.

Review: Angel of a Rope by Adam Buttrick 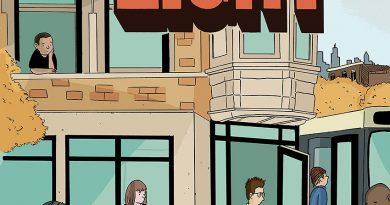