Review: Seraph of the End, Volume 1

Manga publishing has a lot more editorial oversight than most American comics. Nowhere is that more apparent than the first chapters of a new manga. These chapters can be written, rewritten, stretched, pulled, and pinched until they meet an editor’s approval. And when you’re proposing a brand new series, you want these proposal pages to look as amazing as possible. But once you get the contract and you start working at an anthology magazine, you have to work more on the fly. Chapters you may have taken a solid month to script, storyboard, and illustrate, now must be done in a fraction of the time.

Seraph of the End makes this quirk of the Japanese publishing industry exceedingly clear – the first chapter is gorgeous in its detail and world building. But as soon as we get out of the first chapter, where do we head? Why, the standardized Japanese classroom, of course.

Seraph of the End is a story that promises a war between vampires, humans, demons, and angels. The main character, Yuichiro watches his entire family be slaughtered by a vampire lord. Vowing revenge, he escapes a vampire stronghold to join the Moon Demon Company, a military outfit whose ultimate goal is to destroy vampires.

The setup is really smart, and it works. The first chapter is really great. It establishes the main character as this brash, somewhat withdrawn fighter who is extremely driven by his desires, develops a really spooky world where vampires keep humans as walking, breathing Big Macs.

After chapter one, things basically spiral downward. As I mentioned before, Seraph of the End spends the rest of its time within the halls of a local high school. Why the comic decides to change scenery so quickly begs the question: why spend the time building the world you do in the first chapter if you intend to revert to a popular trope at the first opportunity?

I’m briefly reminded of one of Viz’s other fairly recent licenses, Blue Exorcist – which also spends some time in a classroom – but the differences are really vast. Blue Exorcist is funny, its characters have a lot of charm, and the drama and tension is palpable right from the start. The same can’t be said for Seraph of the End. 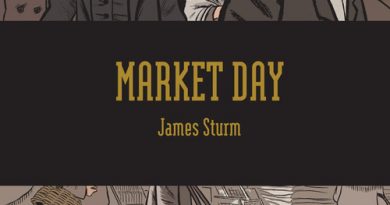