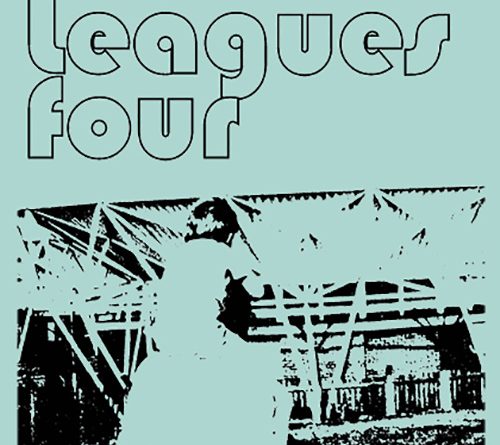 Simon Moreton recently sent over a copy of Minor Leagues No. 4, a new series he has been working on since the end of his previous Smoo zine series. Minor Leagues contains comics, illustrations, writing, and poetry, and No. 4 is a whopping 82 pages. It’s a zine printed on A5 paper, but the size means that it’s unable to be saddle stitched – instead, the copy I have is bound together with three heavy-duty staples in the front.

I’ve reviewed Moreton’s work before, and I enjoy his minimalist comics. There is a haziness to them, even though the line is crisp and thin. Part diary and part memoir, Moreton’s comics in Minor Leagues No. 4 continue in that same vein as his previous work. But the most pleasant surprise for me in this zine isseeing Moreton’s writing, which is similar to his comics in its visual spareness and emotional weight. In one story he compares a heavy rain to wet icing, and that visual stayed with me.

Also included in Minor Leagues No. 4 are a series of illustrations, even more blocky and more minimalist than Moreton’s usual comics work. I found these appealing, their chunkiness changing the flow and tone of the zine. Moreton’s style for comics can look a little same-same at times, and I felt the included illustrations, photos, and writing broke that up a bit. It made each of the comics more fresh; a smart curation of materials.

While not every piece in Minor Leagues No. 4 is congruous, No. 4 ultimately centers around Moreton’s father, who has recently passed away. The front cover is an inverted black and white picture of (presumably) the author riding on his father’s back. The revelation of his father’s passing is slow to come. It’s only in the latter third of the book, where Moreton spreads his father’s ashes, that you understand some of the material in the beginning of the zine. It brings family photos, which have been modified and reprinted in the zine, into a deeper, harder light. Minor Leagues No. 4 is an image of mourning that is both human, and real; it acts like an unfurling, the petals of a flower that opens up whether you want it to or not. Minor Leagues No. 4 exposes its heart to us and finally the outer layers come into startling, painful clarity.

So much of Moreton’s best work is about the act of remembering, with all of its joys and pitfalls; I find that still to be true in Minor Leagues No. 4. Moreton is making some of his best work yet in the Minor Leagues series, and I’m encouraged by the variety of the material in this book.  Blending short prose and poetry with a similarly poetic visual style was a smart choice for Moreton.

In Minor Leagues No. 4, the complex, sometimes fractured human story of Moreton’s mourning opens up to its readers. And we, as readers, are reminded that to be human is to be losing and mourning, and that we will be mourned and lost, and this cycle of loss will perpetuate throughout time. But it is that cycle that connects and redeems us. Ultimately, it’s not the “mixed media” aspects of the zine or the individual stories or illustrations that makes Minor Leagues No. 4 a must read. Minor Leagues No. 4 is a reminder of our humanity and our connection. A reminder certainly needed by many, and, at least by this critic, welcomingly accepted. 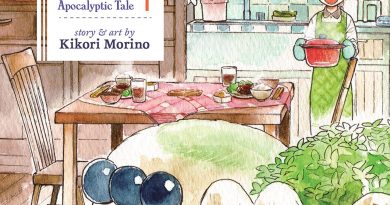