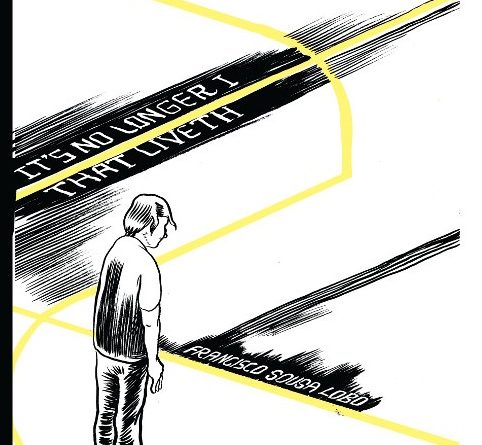 I occasionally have the chance to import comics from Europe, and a recent title by Portuguese cartoonist Francisco Sousa Lobo crossed my desk. It’s No Longer I That Liveth,  an 88 pager co-published by Chili Com Carne and Mundo Fantasma. It’s printed in yellow and black risograph, and perfect bound. The comic is about teenager Francisco Ferreira, who is 13 in 1986. The character, a likely autobiographical stand in for the author, is fighting to figure out who he is and what he believes. This struggle is broken up into 10 separate chapters, each detailing a progression of his journey through the summer school holiday of that year. He starts in a religion class and moves from his home in northern Portugal to visiting his grandparents in the south, and then finally to a boy scout camp. Sousa Lobo uses the trappings of a summer vacation story to explore the inner turmoil of his life at that time.

Sousa Lobo frames the writing of It’s No Longer I That Liveth in the second person, creating an emotional distance between the character and his actions. But that voice is finicky to get right, and most of the text in  It’s No Longer I That Liveth is overwrought and flowery without any meaningful purpose. That’s very clearly the point, but the effect is almost unbearable. It’s verbose and melodramatic, nihilistic but not that interesting.

Sousa Lobo’s colors are quite striking, but the use of bright yellow on black has a kind of flattening effect on the work. Most of the comic is in black and white, using yellow for the spot color.  There are entire half pages rendered completely in yellow on white paper, and without black to accentuate the color, the entire image is washed out. Sousa Lobo leans into this flattening tendency, and makes much of the comics focus on the foreground and the characters in it than anything else.

There’s a lot of discussion of religion in this book – the title of It’s No Longer I That Liveth comes from the King James Bible reading of Galatians 2:20 [I am crucified with Christ: It’s no longer I that liveth, but Christ liveth in me…]. Sousa Lobo coopts this famous verse to discuss the fire of turmoil that lives inside of him, constantly battling. We see his rejection of faith and the trappings of religion, but we also see this linked to his sense of self and his sense of family. He finally links this bibilical verse to his sense of art, of creation, in effect replacing the Christ of Galatians with a self-driven fire. Sousa Lobo’s character finds his new god, and in some ways It’s No Longer I That Liveth is a celebration of that final decision, that culmination. And while that could be a compelling narrative, the way It’s No Longer I That Liveth actually plays out is more like reading the angry diary entries of an emo teen – too sure of itself, too absolute, too blinkered, and too full of bullshit.

Sequential State is a comics criticism project focused on alt comics, art comics, and comics in translation. Your support makes this site possible. If you’re a patron, thank you! I appreciate your help. 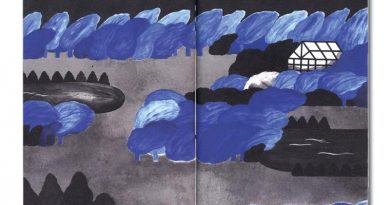 2 thoughts on “Review: It’s No Longer I That Liveth by Francisco Sousa Lobo”