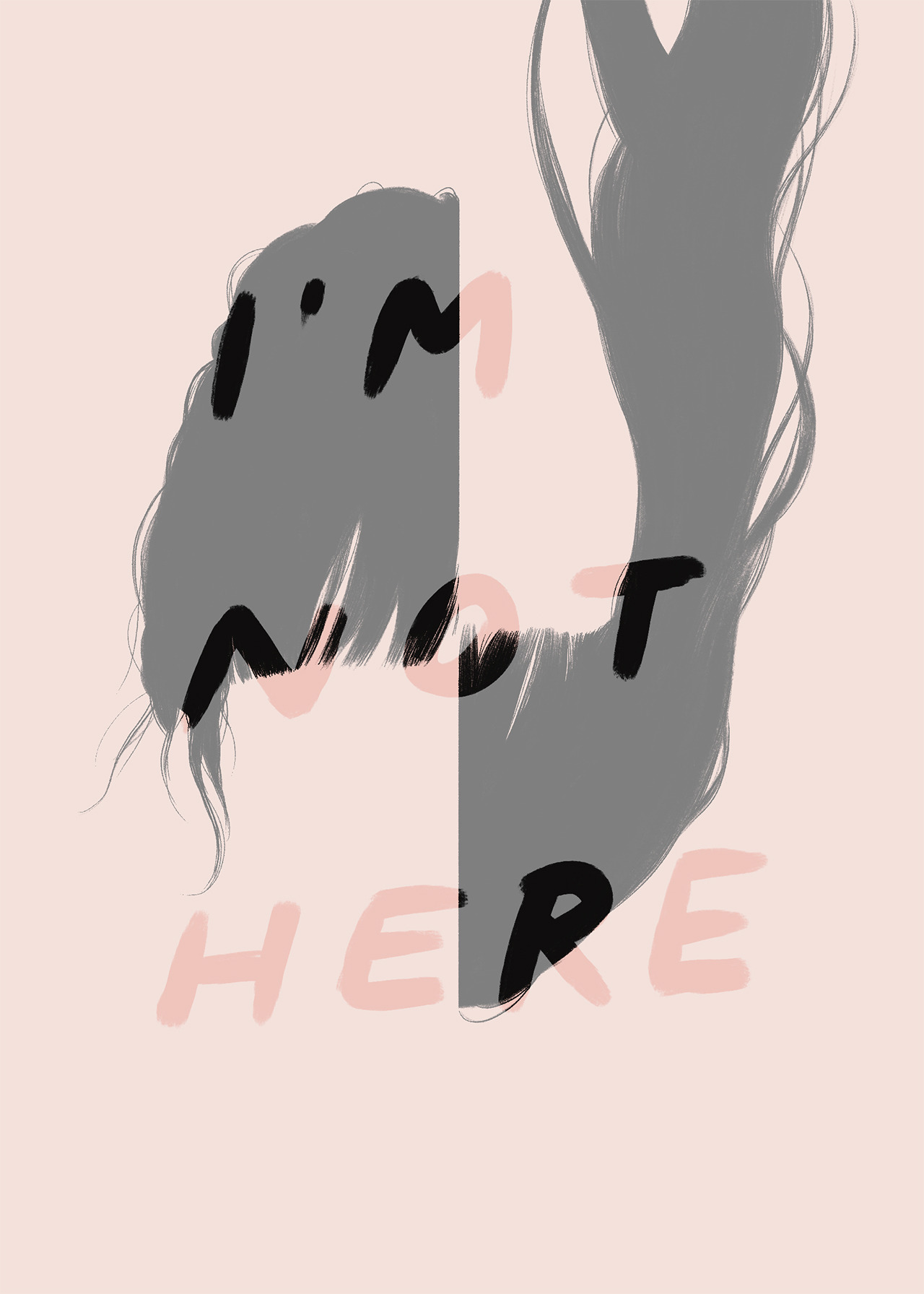 I’ve been following GG’s work since her minicomic Semi-Vivi appeared in the 2014 Comics Workbook Composition Competition, taking second place in that year. GG’s work has continued to bloom over the past few years, but I’m Not Here, a new 104-page graphic novel from Koyama Press, is her longest published work to date.

In I’m Not Here, we see an unnamed young woman living with her mother in some suburban area. The protagonist is torn between her desire to get out of her current situation and live her own life, the guilt she has in her mother’s immigration in order to give her a better life, and the societal expectation of caregiving that is placed on so many women.

A key feature of I’m Not Here, and truly all of GG’s comics, is a reliance on the reader’s intuition. GG is a cryptic writer  – it’s up to the reader to connect and make meaning of the work. This is a feature of her work I find appealing, but I feel GG pushing the boundaries of that tendency with I’m Not Here, which is very likely her most opaque work yet.

There’s a kind of perfection at play in I’m Not Here. The photorealistic images betray a meticulous eye for detail. I love the way GG illustrates the protagonist making dinner, or doing her hair. These moments are what this comic lives and breathes by. These intricacies are drawn out into staggering detail, making each moment luxurious and bordering on the perverse. I’ve been a Patreon supporter of GG for a while, and her posts on that site corroborate my first impressions; that this book was toiled over, stretched and shaved and squeezed until it was up to GG’s exacting specifications.

There’s a unified formal shorthand in I’m Not Here that makes the work feel like cinema; there are long scenes here that feel like they come straight out of a Sophia Coppola film. The scene transitions, marked by fully black spreads, mirror the passing of daylight into night, and at the end of the book, while the protagonist dreams, each of those transitions gets lighter and lighter until daybreak.

GG, through I’m Not Here, emphasizes some of the themes of her oeuvre. Very clearly present is the idea of familial trauma. We see the protagonist as the caretaker for her ailing mother, and also trying to care for a distant, likely demented, older father. The push and pull of that stress is key to understanding the protagonists’ desire to get out of her current situation. In the sense that the family, or our obligations to it, represent some kind of institutional power, then GG is writing a story of the advancement of humanity in our time. Our protagonist’s indecision, her feeling of being trapped, the dream-logic of her escape; I’m Not Here is a book that represents the current state of family in the 21st century and the power relationships that convolute it.

Part of the cloudy and confusing nature of I’m Not Here is the protagonist’s escape from her current situation. It seems impossible, but an opportunity appears when she photographs a woman early in the book. Noticing the similarity in appearance when developing the film, our protagonist goes back to the woman’s apartment building and is mistaken for her doppelgänger. Let into her double’s home by the landlord, she is free from all responsibilities. Here, we see clearly the distance between the protagonist’s desired self and her perceived self, another of GG’s thematic obsessions. But there is no resolution of the conflict between these two selves. At the end of the protagonist’s dream, she cries with regret for abandoning her mother. She can’t be both places at the same time, she can’t be two people at once. There’s no triumphant finality, no clear decision; true to real life, I’m Not Here reminds readers that we exist disjointedly, disappointedly, on the planes of what is, and what could be.

Sequential State is a website dedicated to honest, thoughtful critique of alternative comics. This site is made possible in part with the support of patrons on Patreon.  Was this reading experience worth a dollar to you? If so, I’m asking for you to pledge your support. Thanks.

Comic Review: In The Sounds and Seas by Marnie Galloway