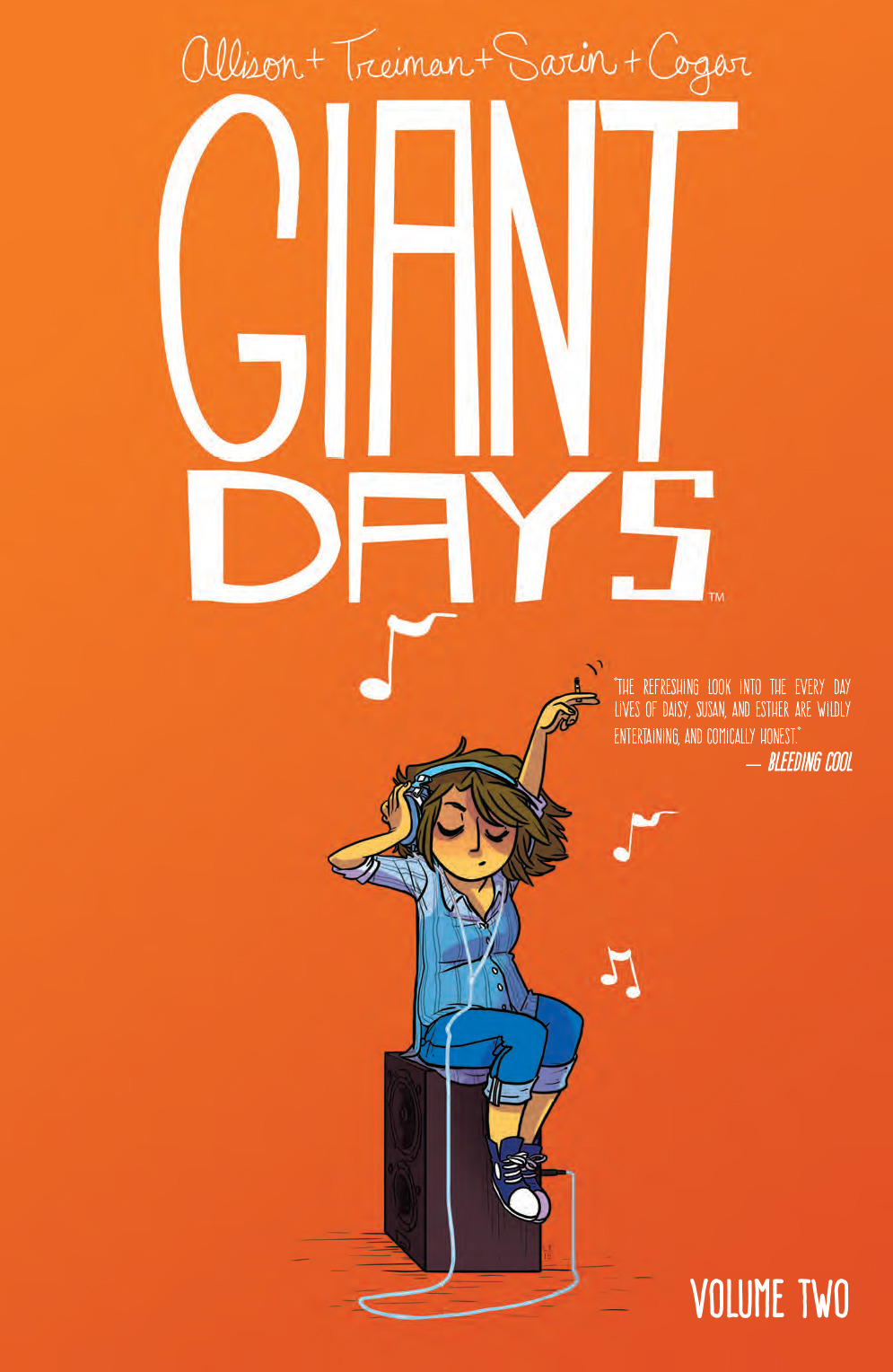 If you’ve been keeping an eye on webcomics at all over the past 10 years, John Allison is a name that is likely to sound familiar. Allison is creator of Scary Go Round, Bobbins, and most recently Bad Machinery, all of which have had various levels of success. I came across Allison’s comics late in the game and didn’t start reading Bad Machinery until 2010-2011.

Giant Days is Allison’s latest project through Boom! Studios, and features three British first-year college students, Susan, Esther, and Daisy, and a supporting cast of friends, enemies, crushes, and ne’er do wells. The three friends basically live their lives, stumbling through the freshman college experience, with all the emotional wreckage, drama, recreational drugs, booze, and contemporary art that the experience entails. Billed as a slice-of-life comedy, the first eight issues offer a solid introduction to the cast and their antics.

Where Allison excels is with character voices and witty dialogue, and those tools are being brought to bear in Giant Days. The trade dress (and some person’s review from Comic Book Resources) compares him to Joss Whedon, which is a fair comparison to the  degree in which I think that Allison has a particular creative voice. Allison has a set of skills that immediately distinguish his writing. Unlike many “funny comics,” (and Joss Whedon movies/shows), Giant Days actually makes me laugh.

Unlike previous comics I’ve read from Allison, here he is collaborating with another artist and colorer, which gives the book some flex. Allison’s art has always seemed rigid to me, and it’s interesting to see his characteristic writing on softer illustrations. That  said, there’s a distinct cut point in Giant Days that is jarring. I’m certain that readers of specific comics series in the corporate comics world are used to the idea of an artist change. For me, I’d gotten used to Lissa Treiman’s chunky line, and the switch to Sam Sarin doing the lines for the last half of volume 2 (issues 7 & 8) had me feeling left out in the cold. Treiman has an eye for backgrounds, and among other things, there are little details in those first six issues that really made the characters come alive. This isn’t to say Sarin’s art is bad, but there’s a noticeable increase in panels where the colorist is using gradients to make two characters floating in the void seem much more interesting than it really is. There are some other minor quibbles I have, but honestly nothing worth mentioning here. Throughout, Cogar’s colors are smart and well executed, and a highlight of the comic.

(You can see the differences between the two line artists in the images above. The last image is from issue #7, which has Sarin’s lines, the first two are Trieman.)

Giant Days isn’t exactly an overwhelming must-read, but it is a fun series, and I think certainly worth checking out if you are at all interested in slice-of-life comics or comedy, or if you like John Allison’s webcomics. I read (and reviewed) Giant Days much like I would a volume of manga, which is to say, not to be challenged, but to be entertained. I didn’t dissect the comic, and I didn’t feel the need.

I’ve certainly come to enjoy reading about Susan, Esther, and Daisy, so if you’re looking for some fun, you could do much worse than Giant Days. I can’t speak to Sarin’s art past issue 8 – it was fine in the last half of TPB #2 and I expect it will improve over time. I think the series works best when you can string some issues together, so I’d recommend you find the first trade paperback – if you liked the first four issues, you’re going to like what comes after.

Sequential State has a Patreon – and I’m asking for your support. I want to build a better comics community by paying other critics to write, and by hiring cartoonists to create work for the site. I run Sequential State completely ad-free, without annoying affiliate links. Your support makes it possible to make this website a reality. Thanks! 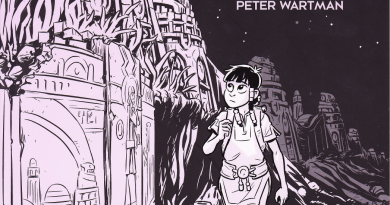