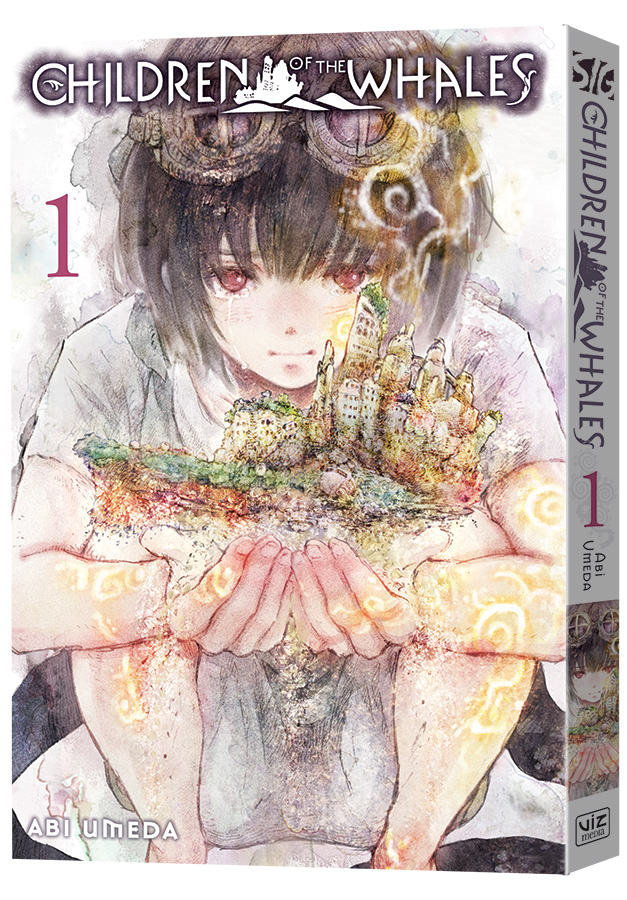 Today’s manga review is the upcoming Children of the Whales from Viz Media. Running in their Viz Signature line, this is Abi Umeda’s debut in English. The first volume will be released on November 21st – a digital advance reading copy was provided for this review. Images used in this review are © 2013 ABI UMEDA (AKITASHOTEN).

The setup of Children of the Whales is relatively unique – in a strange, desolate world of sand oceans, a small band of survivors ride a city-island propelled through the ocean of sand called the Mud Whale. Chakuro, a young man on the island, acts as the archivist of the island, recording everything he sees. He is one of a group of magically endowed people called thymia users, whose power shortens their lifespans. The story takes a turn when a young girl is discovered on another drifting island. Children of the Whales has a sense of mystery to it, and the mood is fairly subdued throughout. It’s clear that there is a hidden past to the Mud Whale, and the end of the first volume makes it clear that that information won’t be hidden for very long.

Umeda’s art is beautiful, and unique among manga currently in publication in English. The line is razor thin, but it has a scratchy texture. I’m immediately reminded of Children of the Sea by Daisuke Igarashi, and to some extent Dorohedoro by Q Hayashida – these comics eschew a the more commercial and streamlined styles that Western manga readers are used to. This comic initially seems to pull from a lot of different schools of science fiction and fantasy writing, although this post-apocalypse looks more akin to a Ghibli movie than it does to a Hunger Games. I was impressed by Umeda’s vision and lovely art.

Still for all the comic’s beauty, I found the characters of Children of the Whales bland and unremarkable. The main character Chakuro has hypergraphia, but that’s really all that sets him apart. The cheerful boy shonen stereotype is alive and well here, if more subdued than usual. The writing isn’t Umeda’s strong point, at least not initially. Umeda’s talent is less character writing and more world building, and it’s clear that readers who love an expansive fantasy world will immediately burrow into this one – Children of the Whales clearly has a strong vision of itself as a place, even if the characters in it are rather undefined.

Part of the issue with Children of the Whales, at least this first volume, is that it spends a lot of time getting set up, and that might be the reason why the characters feel so dull. The world building is remarkable, and the art is lovely – but the comic lacks a sense of propulsion that this kind of apocalyptic fantasy is so well known for. We get a little bit of that at the end of the book, which tilts things forward and likely leads to sweeping changes within a chapter or two. That isn’t necessarily a bad thing, but the dramatic shift in action at the end of the first volume is jarring. Whether or not Children of the Whales manages to handle this tonal shift will depend on volume 2.

Sequential State is supported by readers like you. If you like the manga reviews you see on this site, leave a comment below! Or, you can check out the manga tag to see more reviews. 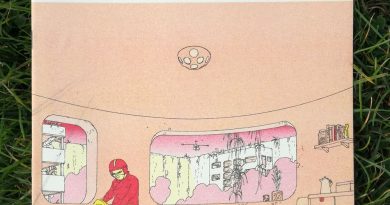 One thought on “Review: Children of the Whales V.1 by Abi Umeda”