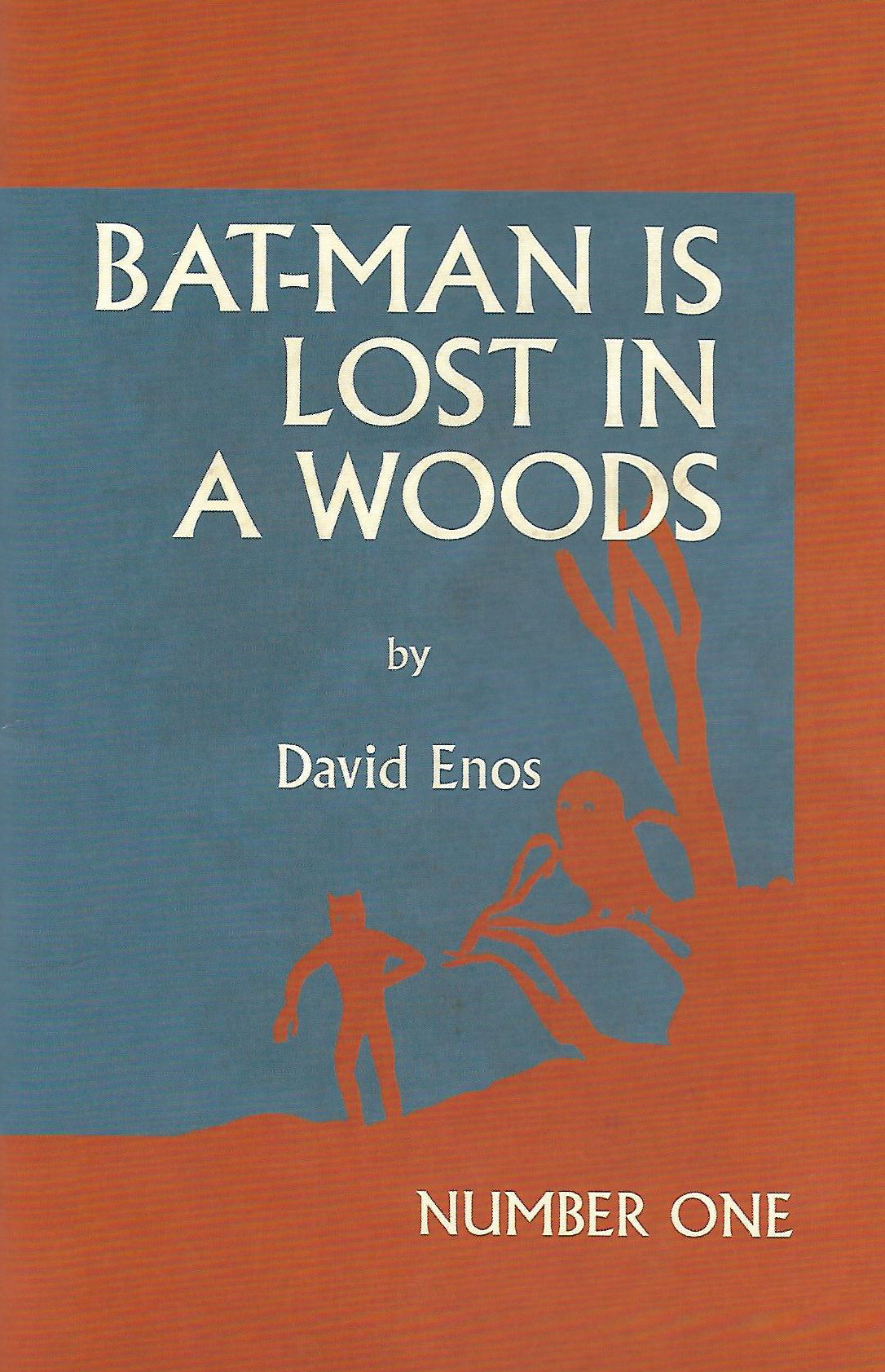 Review: Bat-Man Is Lost In A Woods #1 by David Enos

Many corporate comics promise a reimagining of a classic superhero. Rebooted series promise all-new, all-different characters or revisions of characters that have been used continuously in one form or another since the 1930s. Over the arc of history, that has meant changing the joke-cracking, Nazi-punching doo-gooders into grim and gritty spectacles, garbage people for readers who have been reading the same floppy comics for the past 20+ years. But in some ways, these characters exist outside of their gigantic corporate silos in the public domain of popular culture. No character lives in that space more than Batman, introduced in Detective Comics #27 in 1939. Batman’s many iterations include multiple live-action movie series, multiple animated television shows, and probably most notable, a live-action TV show from the late 1960s starring Adam West. Batman ‘66, as this property is sometimes referred, is the base from which David Enos builds Bat-Man Is Lost In A Woods, a 32-page full color comic from California Clap, a small comics and records label based in Oakland.

In Bat-Man Is Lost In A Woods, Batman is searching for his lost wife Amity in the woods surrounding his castle. Over time, he loses track of time and place as he searches for Amity, finding sustenance and shelter out in the wild. Enos’ Batman is lost and wrapped up in his own mind, full of regret and resignation. Batman, as a co-opted character in Bat-Man Is Lost In A Woods, allows Enos to juxtapose the collective memory of Batman and his goofy crime-fighting antics with this narcissistic loner who wanders aimlessly, observing the world at a distance. Bat-Man Is Lost In A Woods is also a meditation on the idea of “Batman” and what a real person, gone through the things the character has gone through, would act like. When your most prominent memory is that of your parents being murdered in an alley, how fixated on the past would you be? In some ways Enos’ Batman is a more realistic portrayal of humanity (although we rarely ask for our superheroes to be human).

Batman’s rumination on his failures and regrets is what drives Bat-Man Is Lost In A Woods. In one panel, near the end of the book, Enos captures that feeling succinctly. Batman addresses a crowd and says “When I was a younger man, I could whistle every tune. No melody escaped me.” The crowd is baffled and irritated. They’re here for another reason.

Enos’ art is hand painted, and the color selections in Bat-Man Is Lost In A Woods tend towards the putrescent. The characteristic royal blue of Batman’s mask is contrasted with umbers and yellows; the whole comic looks sickly. The styling and lettering is vaguely reminiscent of Marie Jacotey, although some of the profile shots are almost Clowsian. And Enos’ Batman is stuck in the past, completely inwardly focused – much like Clowes’ main character Andy in The Deathray. However, unlike Clowes strongly focused plots, Bat-Man Is Lost In A Woods meanders, and sometimes feels very stream of consciousness in its construction. The comic’s ending is muddled and odd, much like Enos’ Batman himself. These creative choices make for a disjointed, befuddling read; I’d take it over a DC Batman comic any day.