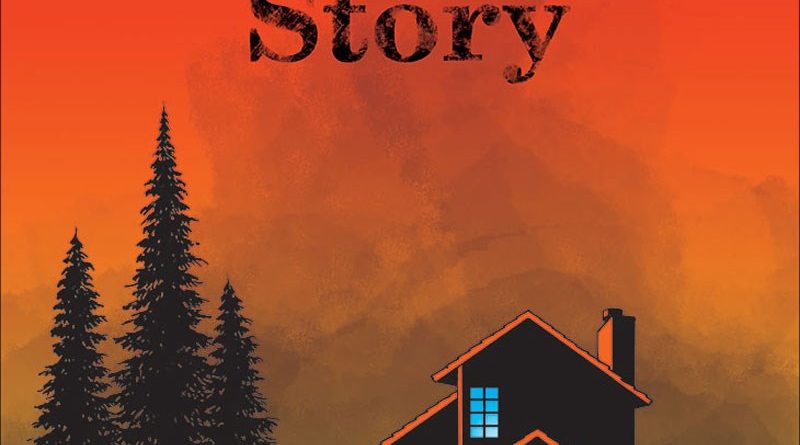 California has been repeatedly battered by a series of wildfires in recent years, and Brian Fies, author of Mom’s Cancer, had his life upended by the 2017 Tubbs fire. In response, Fies wrote A Fire Story, initially a short piece posted online. This 19-page off the cuff reportage of the incident at the time of the crisis led to a viral response to the work. In addition to features from major reporting outlets and a half-million views within a week of publication, the comic garnered an animated feature from KQED Arts and a Ignatz nomination in 2018 for Outstanding Online Comic.

Fies has since expanded that original 19 page webcomic to a whopping 154 pages, and published the book with Abrams Comics Arts this March. The expanded book colors and touches up Fies’ original comic, and includes some of the information surrounding the incident, his wife and children’s reaction to the loss of their family home, and anecdotal stories from other fire survivors.

I’m in a strange position with A Fire Story. I know what it’s like to have your world turned upside down by a large-scale fire. I’m also not that familiar with Fies or his work. I’ve seen copies of Mom’s Cancer in the local used bookstore, but never picked them up, so the 19-page webcomic was my first true introduction to Fies’ work back in 2017. Fies has a workman-like style, minimalist in a Family Circus kind of way. There’s nothing in A Fire Story that really strikes me as visually impressive, other than the sheer capriciousness nature of fire and Fies’ occasionally impressive use of color. The book is relatively unassuming to look at, and visually monotonous. A Fire Story is more about transmitting Fies’ experience than anything else, and uses comics to transmit information in the way that words can’t.

One of the things I noticed about the original 19 page comic was how snappy it was. Those off-the-cuff drawings have a vivid, living quality, and I felt my own experience in those pages. I am sure that’s why the comic got so much national attention. Unfortunately, the expanded version of the book maintains none of those initial qualities of the webcomic. I found A Fire Story to be something of a stodgy read. The book bounces around chronologically and uses stories from other fire survivors to break up the book. The breaks are necessary, only to keep the personal anecdotes of A Fire Story from becoming too monotonous.

It’s clear that Fies is using A Fire Story to process the trauma of the house fire; he says as much in the afterword of the book. One specific scene shows Fies trying to remember if he owns a watch, a phenomenon he has called “ash brain” in interviews. It’s clear that the trauma is still real, and the scope of the tragedy of the Tubbs fire is almost immeasurable. But A Fire Story feels like that Fies hasn’t finished his processing of the events of that morning in October. Having expanded the work, Fies has attempted to build in more information and nuance. But A Fire Story is dull and unmemorable. And maybe this is an editing problem; it’s hard to decipher what this book would need to be more successful. Readers looking for the crystallized core of A Fire Story should just stick to the webcomic. The full book feels scattered, unable to hold the weight of Fies’ trauma.