Fieldmouse Press will be operated by President Daniel Elkin, long-time publisher and editor at Your Chicken Enemy, with Alex Hoffman, publisher of Sequential State serving as Secretary/Treasurer. Rob Clough of High-Low Comics and Ryan Carey of Four Color Apocalypse round out the company’s initial board of directors. The aim of Fieldmouse Press is to emphasize its four pillars of “comics, critique, community, and collaboration” by presenting challenging, unique, and diverse material to as wide an audience as possible.

Of the press’ founding, Secretary/Treasurer Alex Hoffman said, “Our goal is to provide a space for readers, artists, and the general public to explore the comic arts in the many forms they come in. As a 501(c)(3) nonprofit organization, our goal is to serve this community that we love and do something we think hasn’t been possible before now. And as a nonprofit organization, we can take chances that other publishers haven’t.”

Fieldmouse’s first major publishing project will be a new website, SOLRAD (www.solrad.co), which will be a comics journalism hub featuring all-new and original content ranging from comics criticism, original comics, essays, interviews, and the promotion of small-press events and releases. Further publishing projects will be announced in due course, and will likewise share in the company’s expansive, inclusive, and innovative vision.

Interested parties are encouraged to contact any of Fieldmouse’s founders with questions, comments, and any business-related correspondence at: 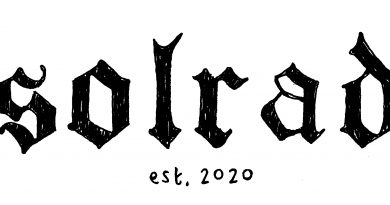 The Rest of the Best