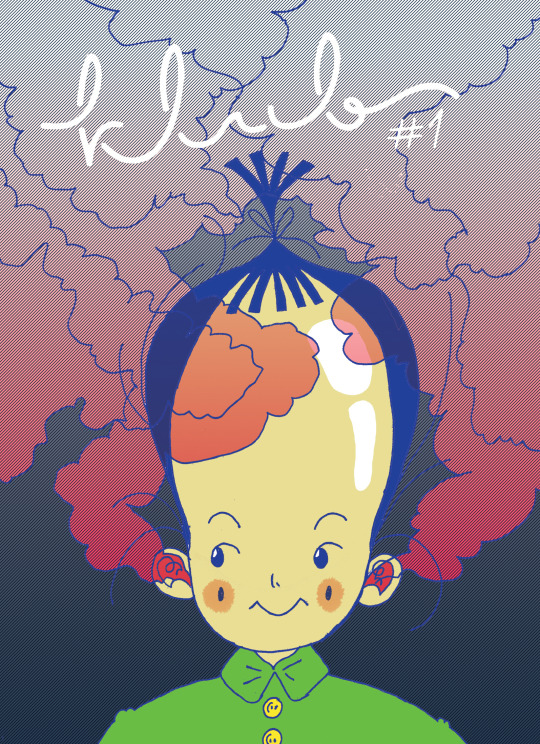 Yesterday I featured Warmer, a comics poetry anthology on Kickstarter, edited by Madeleine Witt and Andrew White.  Warmer is doing well and looks like it’s well on its way to funding.

Another Kickstarter anthology that I’m interested in could use a little help. The anthology is klub zin #2, “the other one.” Klub zin #1, “problems” was one of my favorite anthologies of 2016. The book was an exciting collection of young alt cartoonists from around the world, mostly from Europe. Published in English by klub zin, a one-person publishing house based in Krakow, Poland, that first issue felt immediately strong and measured. Now klub zin is hunting for another round of funding with an exciting lineup of cartoonists and illustrators.

It’s rare that such a good anthology comes out from as a first issue of an ongoing series. But I think klub zin #1’s success speaks to an overwhelming amount of talent in the small press comics scene right now. But it’s poor penetration in the North American scene reminds me how much of our awareness of that talent is geographically constrained. Because of klub zin I’ve taken chances on more foreign language work than ever before, and it’s been a strange but good experience.

Because the klub zin anthology series has been less widely read in North America, I reached out to Anna, the publisher, to get a little more information about the series. She was kind enough to answer my questions about how each issue of klub zin comes together.

You can support klub zin #2 on Kickstarter here.

Alex Hoffman: How did the klub zin project originally get started?

Anna: I have been interested in comics and illustration for a long time and I was frustrated with lack of cool anthologies in Poland. The comic scene here is very small and closed up and I just want to read more comics from people I like. And so I started klub zin.

Alex Hoffman: Did you ask individual artists to participate or did you put out a call for work?

Anna: klub zin is not an open call, I ask each artist to participate. The only reason there are so many amazing people in the first issue is because of my friends, who agreed to draw something. With such a good lineup already I could convince more people that klub zin is worth it.

Alex Hoffman: How did you decide what kind of work you want to be in klub zin #2?

Anna: I chose artists for klub zin #2 based on what I like the most at the moment, but I also had to limit myself to around 180 pages. If I could I would publish new issue of klub every 3 months, haha. I think the lineup right now is amazing, I can’t wait to read the book!!

Alex Hoffman: Could you explain the theme of this issue “the other one”? Are you giving the artists these themes when you ask them to be in the anthology?

Anna: I decided on this theme before I even started working on the second issue. I want the themes to be something vague, but interesting. That way the artists can do whatever they want and still have something that connects all stories. “The other one” can be pretty much anything. Sad, funny, weird? Different approaches make it better.

Alex Hoffman: What happens if the Kickstarter doesn’t fund?

Anna: It might not, haha. I still have some savings, so I will make sure the book gets printed. But that means less copies and probably a higher price. I’m just a normal college student, so I can’t really afford doing it every year. But this project is worth every penny, so I will keep this up as long as I can!