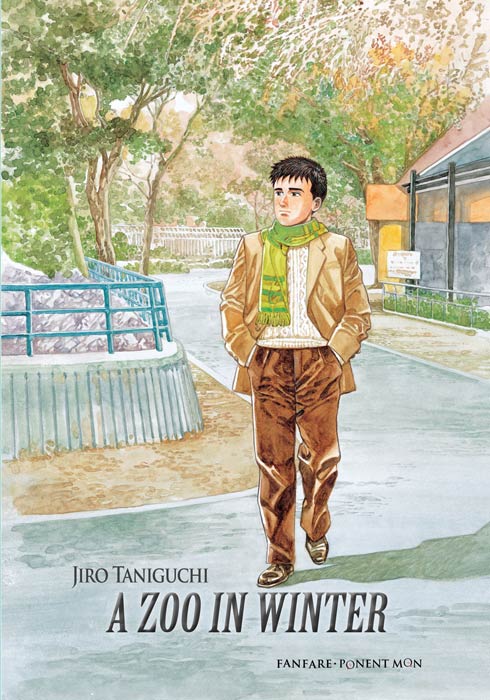 A little over a month ago, reports from Japanese sources announced the passing of Jiro Taniguchi. Taniguchi was a master draftsperson and cartoonist whose work has been championed by the small publisher Fanfare (in partnership with Spanish publisher Ponent Mon). They have been publishing his work since the mid-00s. Taniguchi’s best-known works have been characterized as both intricate and lavishly slow. His work The Walking Man is slice-of-life vignettes taken to a far extreme, without much in the way of a plot; a less charitable person would call his work boring. I originally wrote a version of this review in 2011. At the announcement of Taniguchi’s death, I went back to read the book again, and found myself with a somewhat less dewy-eyed impression. The original review has been edited for publication on Sequential State.

Through The Quest for the Missing Girl and A Distant Neighborhood, I have come to appreciate Taniguchi’s masterful draftmanship. His drawings are clean and intricate, beautifully designed and executed. His characters are less impressively constructed; like the towering skyscrapers and beautiful vistas he so ornately crafts, they are often inscrutable. Many of his characters seem to have no emotion at all and their faces are mask-like. You can see this tendency in the pictures I’ve featured above – the main character basically makes the same face throughout this scene. And while the beauties of the scene that surround each character are readily apparent in Taniguchi’s work (look at the delicate lines of the enclosures and the beautiful trees), the same cannot be said of his characters.

In A Zoo In Winter, Taniguchi sets the stage in the 1960s, and focuses on telling a personal story of an apprentice mangaka named Hamaguchi *wink wink.* You can’t write a memoir (or as close to it as Taniguchi is going to get) without talking about the people surrounding you, and this is a welcome change for Taniguchi. A Zoo In Winter is a de-masking of sorts. The main character, Hamaguchi, works at a textiles manufacturing company, dreaming of breaking out on his own and being an artist. He spends his time alone, or, when forced, with the daughter of his boss,taking her on excursions. He unwittingly aids and abets her elopement, and moves to Tokyo. From there, he takes on a job as a mangaka’s assistant, and becomes part Japan’s comics trade.

I wonder how much of this comic is Taniguchi moving point by point through his memory and which parts are embellished. Obviously the book isn’t a true memoir, so there are likely creative choices that Taniguchi made to make the story more cohesive. Still, I think A Zoo In Winter shows Taniguchi retelling his his past in a kinder, rosier light. Nostalgia is the act of turning your past into a lie; I think A Zoo In Winter suffers for it. Probably most important set of scenes in this vein is Hamaguchi’s struggle with his
family – his interaction with his older brother is especially telling, since Hamaguchi is unwilling to believe that he and the old world of his family could ever be able to connect. His older brother descends from on high as a benevolent, nonjudgmental force, trying to care for both mother and younger brother in a way that hurts neither of them. This moment of A Zoo in Winter is a key character development point, but it feels somehow forced.

As Hamaguchi stumbles from one project to the next under a major mangaka, he is introduced to other aspiring writers, call
girls, bar matrons, and revolutionary folk-singers, all of whom redefine his world. At points, he loses track of himself and becomes a part of dive bars and nightclubs, only later to recover. This lack of focus stems from Hamaguchi’s relationship with his art. At times he seems supernaturally inspired, and at other times, he can be found staring at walls, completely stymied. The newfound manga career of Hamaguchi seems to be at a standstill for quite a bit of time – Taniguchi assures us that his introduction to making
manga was not a brilliant adventure, but a slow, bumbling journey.

In one of the more eye-rolling twists of story line, Hamaguchi falls in love with the sickly Mari who acts as his muse. I found the collaboration between the two characters interesting, especially since Taniguchi’s male characters are often so stoic and isolated, but the trope of the sick, lovely muse is a bit ham-fisted. That said, Taniguchi doesn’t mask his immaturity and naiveté at that age, and I think isn’t as keen to be kind to himself/Hamaguchi as he is to his other characters.

There’s a strength to the telling in A Zoo in Winter that stems from Taniguchi’s experience, and I think that sets this story apart from other Taniguchi interpersonal dramas. The work has its flaws – its characters have an earnestness and a goodness that seems to be more nostalgic than earned, which detracts from the book’s drama. A Zoo in Winter serves as something of a time capsule, showing us the beginnings of this celebrated mangaka in an age where manga production was much different than it is today. At its best, A Zoo in Winter leads its characters through the winding maze of life, each growing and learning as time passes. It’s the familial bonds and the slow realizations that develop through A Zoo in Winter that make the comic work; Taniguchi reminds readers that we must find the courage and conviction to live with others as we learn to live with ourselves.

If you liked this manga review, check out the other manga reviews on Sequential State. And if you like the work I’m doing on the site, please consider supporting that work on Patreon! There are cool reward tiers, including zines and a monthly mini comics mailer. 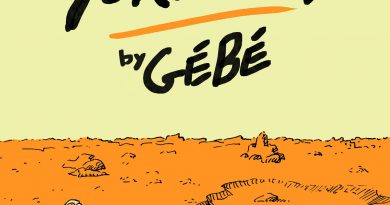 Review: Letter to Survivors by GÉBÉ

Review: The Boy In Question by Michael DeForge

One thought on “Comic Review: A Zoo In Winter by Jiro Taniguchi”