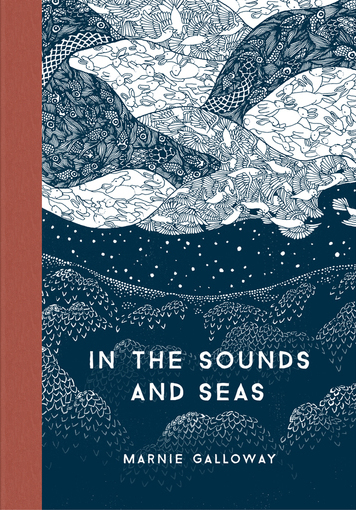 I’ve known One Peace books as a manga and light novel publisher for some time – they did recent reprints of Crayon Shin-Chan and are bringing the popular yuri series Maria Holic back to print after the demise of TokyoPop and CMX. They recently sent over a copy of Marnie Galloway’s first graphic novel In The Sounds and Seas. Printed in a lux hardcover with cloth binding and illustrated overlay, this is one of the nicest hardcovers I’ve put my hands on this year. 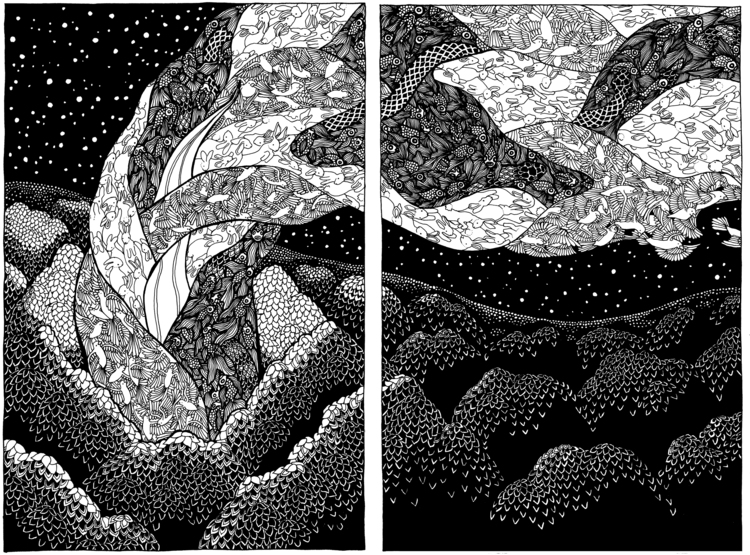 In The Sounds and Seas starts with something of a Genesis story. Three singers populate the world with all the creatures of the land, sea, and sky. It’s a biblical opening that sets the tone for a story rich in visual and contextual metaphor about finding divinity in yourself.

In The Sounds and Seas is completely wordless, a story of three people (after the introduction) build a boat and attempt to sail the seas to find a lost place or hidden Eden. Galloway builds in speech bubbles that are intentionally left blank minus a few question marks or exclamation points here and there. This removal of language acts as an expansion of the universal nature of the work,
broadening its scope by removing the regionality and place-ness of any text. A few small points that I think are worth mentioning here – Galloway’s repetition throughout the novel is intentional, and happens between structures as well as within them. We see
echoes of the singer-gods in the crew of the boat, and the protagonist’s hair woven into the rope of the boat as an echo of the strands in the weave of the creatures of land, sea, and air. At the end we see a character diving into the depths of the sea, an act of diving into the divine and towards death (and possibly rebirth). There’s a cyclical nature to In The Sounds and Seas that rewards careful reading.

The main protagonist’s hair has multiple symbolic meanings: both symbolic of the nature of an epic journey, but also as it is shorn away at the end of the book, it symbolizes a casting off of the past. There is a good reason to quote Pope’s translation of The Odyssey as the epigraph of In The Sounds and Seas. The book feels particularly Homerian; wandering, or the sense of travel without distinct direction is a major theme of the book, and it uses some of the same motifs, such as birds as omens. Clearly In The Sounds and Seas is a graphic novel with aspirations toward the epic and timeless. 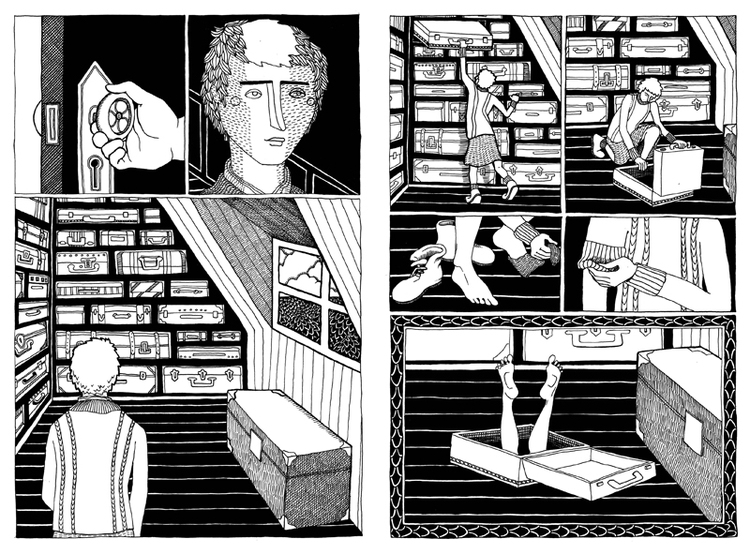 Galloway’s art is intricate and impressive. The mark making has a pattern-like, stream of consciousness feel. Like a doodle that replicates itself and fills the margins of notebooks, there are waves, birds, rabbits, and other repeated figures that flow from page to page. In The Sounds and Seas’ linework is dark and laborious. I’m reminded of the work of the Siren Painter, although this might be me reading too much into the Homerian link. 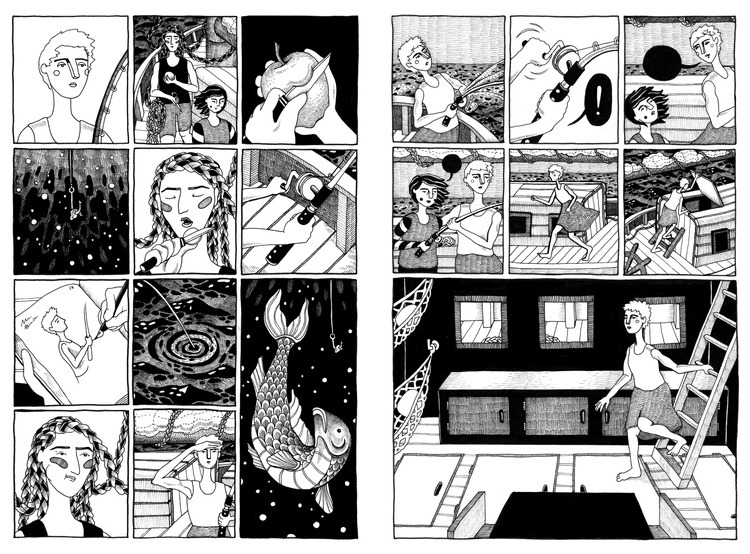 Whether or not Galloway succeeds in her aspiration towards the epic is up for debate. For my part, the ending felt a little too easy, and the book lacked a sense of completion as it moved through its third act. Still, In The Sounds and Seas is a fascinating read, and fans and scholars of classic literature will find a special treat here.

Marnie Galloway (tumblr: @monkeyropepress) is a cartoonist and illustrator based in Chicago. In The Sounds and Seas was originally published as a series of three softcover books, the first of which won a Xeric Grant in 2012. Galloway is a co-organizer of the @cakechicago comics expo and is the co-host of Image Plus Text @imageplustext (a indie/alt comics interview podcast that is on hiatus).

One Peace Books (tumblr: @onepeacebooks-blog) is a publisher of comics and literature based in New York. You can see more of their catalogue here.

If you like the work I’m doing at Sequential State, please support it on Patreon! 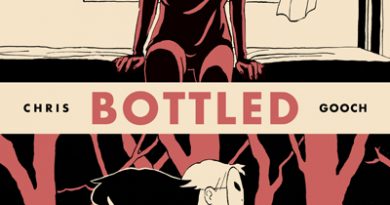 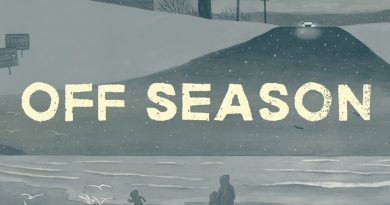